At the age of 14, Zajic became World vice-champion U14 in Al Ain, UAE, and just a year later, in 2014, his impressive play during the Serbian High League led him to a GM norm. IM Iva Videnova interviewed the young Serbian chess star for Chessdom. 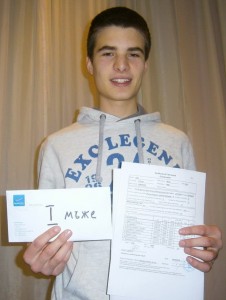 Chessdom: Hi, Milan! Could you please tell us how you got attracted to chess, when did you learn to play and who showed you the first moves?

Milan Zajic: Hi! I started playing chess at the age of 6. My grandfather taught my brother Milun and me how to play. It was very interesting for me to watch them play, so I really wanted to learn the game.

Chessdom: How do you combine chess & school, do you manage to find time for both? Are your friends happy about your success?

Milan Zajic: I attend second grade of the Medicine High School. In the elementary school I was a very good student, in fact, I was recognized as the student of the generation. It is a little more difficult to stand out in high school because all students in my section have been top students. Nevertheless, I still try to excel in this area. Fortunately, my teachers have a lot of understanding given my extracurricular activities, while my friends help me catch up with schoolwork when necessary. I am very grateful to them.

Chessdom: How do you prepare for tournaments? Who is your coach and how often do you train together?

Milan Zajic: I don’t conduct any specific preparation for tournaments. Generally I strive to improve my game, analyze my own games and correct mistakes. I also analyze games of the greatest players.
My current trainer is IM Miodrag Perunovic. We’ve been working together for two years and I think that he is one of the best chess coaches in the world. He helped me stabilize my opening repertoire, get rid of some weaknesses, correct particular mistakes and become more stable psychologically during the game. Usually, we train two times per week, but sometimes I’m playing in a tournament or he is unavailable (besides a chess coach, my trainer is a judge in the court of appeals), so we miss training sessions from time to time.

Chessdom: How do you approach chess training and do you have any idol in chess?

Milan Zajic: I don’t have any idols in chess since I believe that every player has their own style of play and every (professional) player has different strengths and weaknesses. Training chess was never a burden for me. I’ve always enjoyed studying it, imagining that every second of training makes me a better player. My belief is that success is when you do what makes you happy and when you don’t look at the clock secretly hoping for the training to end. In short, you have to enjoy what you are doing. Despite my trainer helping me a lot, working alone is crucial for achieving any significant success.

Chessdom: Which part of the chess game do you like to analyze most (opening, middlegame, endgame)?

Milan Zajic: Most of all, I love studying endgames because the real strength of a player is best expressed in this phase of the game.

Chessdom: As far as I know, GM Borki Predojevic is the youngest grandmaster on the territory of ex-Yugoslavia (17 years and 6 months). The last Serbian grandmaster Alexander Indjic was close, earning the title at 17 years and 9 months. You are just 16-years-old and you already have two GM norms. Do you want to break the record?

Milan Zajic: I’ve never liked to compare myself to other people. I simply work on my own game, try to give my best and let the results take care of themselves…

Chessdom: You became the runner-up in the World Youth Championship under 14 in Al-Ain in 2013, fulfilled a GM norm during the Serbian First League a year later, and emerged a winner at the strong Open Plovdiv 2015 tournament. Which tournament success do you appreciate the most? Could you single out the best game you’ve played in these events?

Milan Zajic: The World vice-champion U14 title made me very happy, but I cannot say that the triumph in Plovdiv was less valuable because the second GM norm I fulfilled in this event took me one step closer to my childhood dream. One of my most memorable games is surely the one against Hungarian IM Benjamin Gledura because this win brought me the silver medal in Al Ain.

Chessdom: Could you tell us more about yourself? What are you interested in, besides chess?

Milan Zajic: I’m interested in many other things besides chess, of course. I’m keen on different kinds of sport, especially football :), and I often watch and support my favorite teams. I spend my free time hanging out with friends, watching sports, from time to time I read a good book, I love travelling…

Chessdom: Thank you for the interview and good luck in your next tournaments!

Milan Zajic: Thank you too! 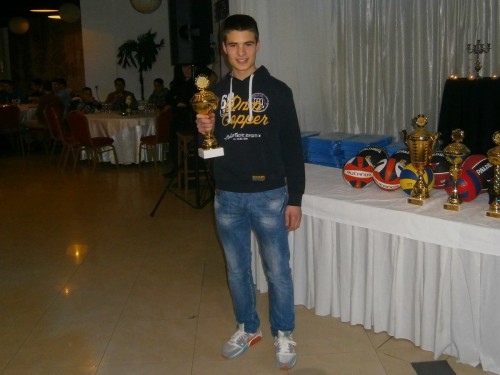