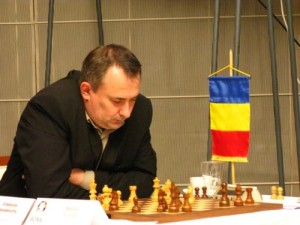 GM Vladislav Nevednichy is the winner of the strong White Tower 2018 chess tournament. A strong showing by GM Nevednichy and a victory in a direct match for the first place with GM Kiril Georgiev gave him the 2018 title in the event.

You had a fantastic  start of the year, winning the White Tower chess open. What are your main impressions from this tournament?

It was a very nice edition of the tournament. We played in the same hotel where we stayed. It was a bit remote from the center of the city, but there was a bus, which could drive us there. The organization was fantastic and I especially like that there were a lot of Greek juniors and strong GMs at the same time, so the tournament was not easy at all.

Many people were expecting a draw in your last round game with GM Kiril Georgiev, how did you manage to beat him?

Kiril and I lost in the second round and our tiebreaks were smaller than the ones of the other players before the last round. With a quick draw, with bad results for us, we would lose the 1st place and probably take 2-3-4 place, so Kiril came to the game in a very fighting mood, so I was lucky because he played very aggressively.

How many hours daily you devote to chess study and how important is opening preparation?

I play many tournaments, so at home I try to relax and don’t work more than 2-4 hours. I am a player who plays mostly in Opens where I must always fight for the first places, so if you follow me, you will often see me lose to a 2200 ELO players because I go all out for a victory.

What are your plans in the next few months?

I play in some more opens in Europe and then I will participate at the European Individual Chess Championship 2018 in Batumi.