This time, the hosts of Bulgaria took both gold medals. GM Ivan Radulov and WGM Ruzhka Genova were the winners of the men’s and women’s section, respectively.

On the other hand, Genova’s 7/9 was enough to get sole first place in the women’s section. GM Nona Gaprindashvili finished second thanks to her tiebreak score. 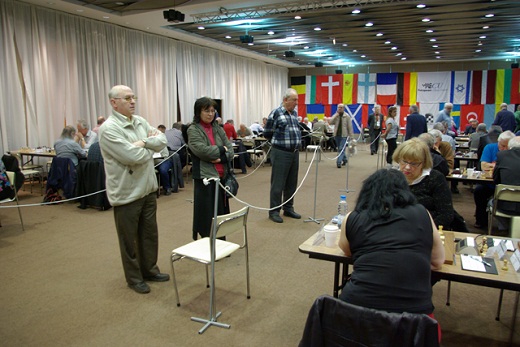 The playing hall in Plovdiv