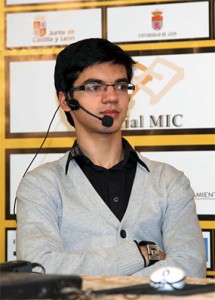 Less than 24 hours after declaring that he might quit chess for good, Vassily Ivanchuk gave a great demonstration at the Auditorium in Leon. The Ukrainian defeated Anish Giri with a whopping 7.5-2.5 score in the Blitz games (five minutes per player). However, the 18 years old Dutch took overall victory as he beat Ivanchuk in the Classical (1.5-0.5) and Rapid chess (3.5-0.5) sections.

Ivanchuk, completely focused, even backstage before the round, arrived to the Auditorium with his trainer Viktor Moskalenko, wearing a baseball cap and unshaven. The crowd was still talking about his declarations from Saturday: “After a disappointment in a love affair, the solution is to look for other woman, but nothing can replace chess, and I’m not interested in it anymore; thus, my problem has no solution”.

However, Giri realized quickly that this was a different Ivanchuk, maybe because the playing speed did not give him anytime to feel depressed. The Ukrainian genius won the first game in spectacular fashion, drew the second one without much trouble and won the next two. The Dutchman did not give up: after drawing the fifth game, he got a full point on the sixth, however, he was defeated on the next two to leave the blitz match decided.

At the post-games press conference, Ivanchuk was very enthusiastic, he recognized that life was already better and apologized for his depressing statements. When asked about his transformation, he answered: “I drank a very tasty beer at noon, and that relaxed me a lot. Given that the overall score left me four points behind, I decided to win the blitz match with a five points difference, and I did it”.

After praising the local cuisine, Giri was very explicit about his feelings regarding Leon: “Here, I won the Spanish Team Championship with Sestao in 2012, and also got my first Ciudad de Leon in 2013. If I ever have to play a World Championship Match, I will propose Leon as the host city”. The young Dutchman, first rated at the under-20 lists, just finished high school, and will be working in chess full-time for two years: “I want to check how is it like to be an authentic professional player. However, I do not dismiss the possibility of combining my chess career with college education. I would like to study psychology. Anyway, my next goal is to become world champion, but there are other young candidates, such as Carlsen and Caruana, who want the same and, for now, are stronger”. 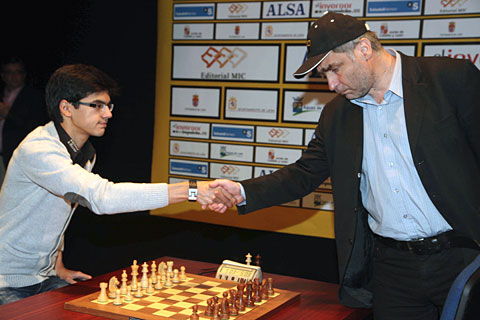 The blitz match is about to begin 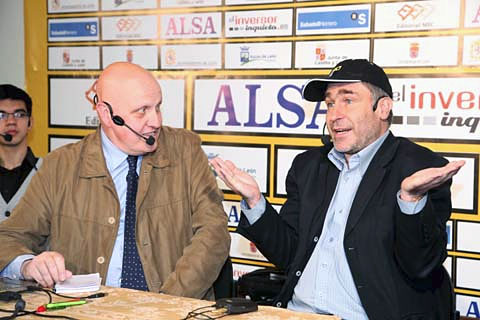