Alexander Ipatov – Dear Kubra and Betul, congratulations on achieving the WGM title to both of you! This is a great success for Turkish chess and certainly a great personal success for you too. Tell us please how do you feel after achieving the title?

Kubra Ozturk – The title I finally got in the Women World Team Chess Championship in Mardin is what I was waiting for a long time, it made me so happy. The victory thanks to which I got the title was also very important. This is because beating a “brand-name” (A.I. – Tatiana Kosintseva) chess player made that moment unforgettable.

Betul Yildiz – I am so happy because I was trying to get this title since 2005. The first norm I got in Argentina at the World Junior Championship, this was in 2009, and the last norm I completed in 2011. That was a very long time for me but finally I succeeded! 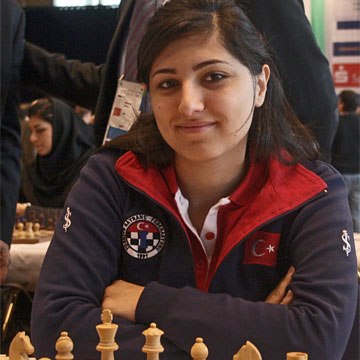 A.I. – It is very interesting to know what is the road to a WGM title? What was your training schedule, who were your coaches etc?

K.O. – It requires participation in many tournaments and diligent study. We usually work with our coach on the internet and camps before the tournaments. During my chess trainings I usually start with combinations and openings study.

B.Y. – I didn’t have a systematical training schedule because of my education. I was studying law, it was hard to play chess and study in university at the same time. After I graduated in 2010 I started to study chess more systematically. Our coach is Adrian Mikhalchishin. We are always together in the tournaments and camps. And sometimes we have internet trainings.

A.I. – Which personal qualities are the most important, in your opinion,to achieve the WGM title? What could you recommend to young female players?

K.O. – It requires to study under discipline and be well-programmed like everything in life to go further. Besides, concentration is very important, you have to possess your soul in patience, especially in big games. It does not matter against whom do you play. 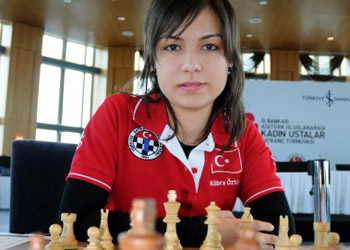 B.Y. – The most important thing is to study chess systematically. And the physical preparation is important too, because the tournaments are long and tough.

K.O. – They always support us and do their best for us. We know this and try to do our best as well.

B.Y. – I am in this situation (A.I. – already a WGM) because we have the support of the federation. We are improving year by year. I can compare how it was before and what do we have now. I started to play chess in 1999 and I can see a big improvement in Turkey now. 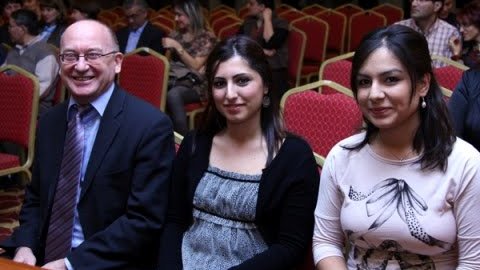 Kubra and Betul with GM Mikhalchishin

A.I. – What are your next tournaments?

B.Y. – First we have a National Championship. And in March I will play in the European Women Chess Championship.

K.O. – I got the IM norm in Mardin and I want to become IM as soon as possible. I will keep studying to increase my performance day by day.

B.Y. – I aim to be a GM. But first I want to have +2400 elo and to get IM norms. I have only one IM norm by now. Then I will try to complete requirements for the GM title.

Interview with GM Daniil Dubov
Daniil Dubov (Даниил Дубов) - is a Russian Grandmaster who completed the requirements for the GM title at 14 years 11 months and 14 ...

Gibraltar Masters Round 3
Interview with Alexander Kostiev
To Top