Vietnamese Grandmaster Le Quang Liem won the title at the 5th Spice Cup, the highest rated international invitational tournament in the US history to date, after he beat Cuban Leinier Dominguez in the decisive game yesterday.

Before staging the tenth and last match with the Cuban rival, Liem rated third with 14 points was just a point away from leader Dominguez. At the tournament, winner of a game is awarded 3 points and a draw with 1 point.

With advantage of holding white pieces in the last game, Liem defeated Leinier after 29 moves to pocket a total of 17 points after ten matches. In the first leg, Liem had lost to Leinier Dominguez. For winning the SPICE Cup A Group, Grandmaster is automatically invited to come back next year to defend his title. Congratulations! 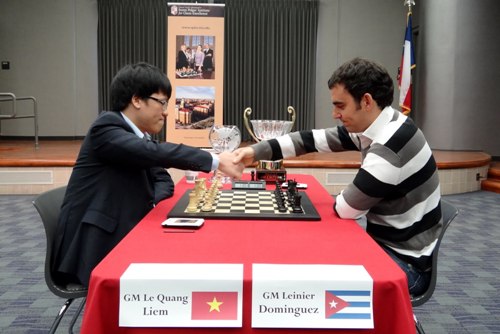 Holding 15 points each, Leinier Dominguez ranked second above the German man Georg Meier thanks to his better auxiliary indexes.

The tournament was held at the Texas Tech in Lubbock from October 15 to 25 and drew the participation of six competitors attending the A Group to play dual round robin format.

In the B Group, Grandmaster Anatoly Bykhovsky won the title with 6.5 points, and GM Ben Finegold is the winner in the C Group. IM Roberto Mogranzini of Italy earned the GM norm for the excellent performance in the B Group. 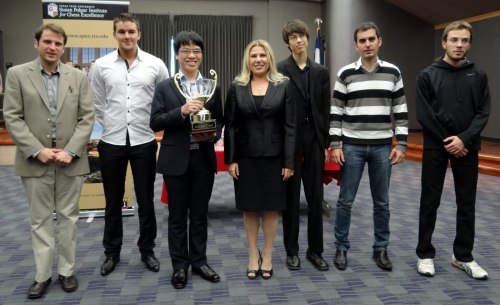 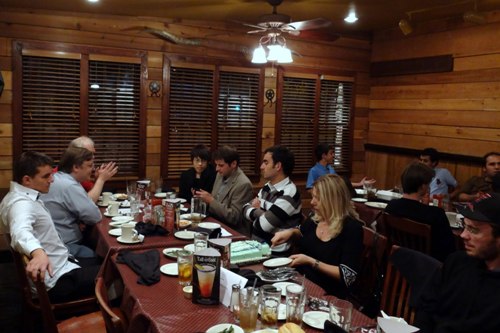 World Champion Viswanathan Anand at Metropolitan Chess, Inc.
Since there has been no reigning world champion that has been brought to the United States, in recent years, for the purpose of teaching ...

Karpov, Polgar out of Kings vs. Queens
SAINT LOUIS, September 8, 2011 -- Two players have withdrawn from the Kings vs. Queens tournament, which is scheduled to begin this week in ...