Guernsey’s players were in ebullient mood at the end of Round 4, after they pulled off a somewhat surprising 3-1 triumph over Liechtenstein.

The host nation’s hopes were bolstered by the morning team news when, in a high-risk move which ultimately back-fired, Lichtenstein elected to rest their highest-graded player, CM Mario Kobler.

The match started poorly for Guernsey, with CM Peter Kirby falling early to Dejan Jelic, but when FM Fred Hamperl and CM Toby Brookfield’s opponents – CM Andras Guller and Kurt Muendle – resigned almost simultaneously, it was left to Chris Holland, on Guernsey’s top board, to secure the draw which would get the home team over the line. In the event, Holland went one better, showing all of his positional prowess to force a resignation out of Liechtenstein’s captain, Renato Frick.

Guernsey’s near-neighbours, Jersey, were not so fortunate in the fourth round, as the Andorrans bounced back from their disappointment at being held by Cyprus on Monday, perhaps predictably overpowering the Channel Islanders by a score of 3.5 to 0.5.

Meanwhile, Luxembourg completed a similarly expected win, by the same margin, over San Marino, and thus retained their perfect record and a two point cushion at the top of the tournament ranking table.

Monaco versus the Faroe Islands was the biggest clash of the day on paper and these two powerful teams did not disappoint, with both sides fielding their strongest line-ups. However, after draws on Boards 1 and 2, and wins for Martin Poulsen and Karl Johan Ribbegren, with white on 3 and 4 respectively, neither nation could establish an overall advantage, and the match ended in a tie.

Meanwhile, Malta sprang a shock perhaps even greater than Guernsey’s victory over Liechtenstein, as they overcame the Cyprus team which had neutralised the mighty Andorrans in the previous round.

Clarence Psaila and CM David Cilia Vincenti set the platform for Malta with solid draws, before their Captain, CM Colin Pace, and youngest player, Jake Darmanin – both playing with the black pieces – secured their first wins of the week to complete a 3-1 match victory which must have been deeply satisfying for the Maltese, especially after their struggles in the opening rounds.

You can see the current standings and replay the games with analysis below. 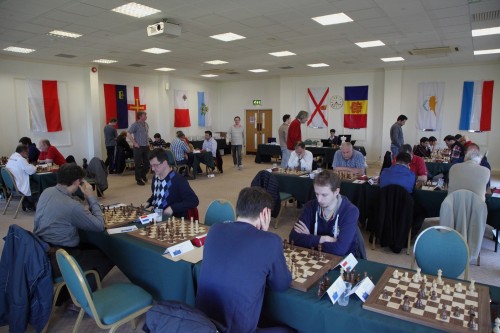 The tournament hall is adorned with the flags of all competing nations (the Faroese flag is out of shot) (photo credit: Sam Hamperl) 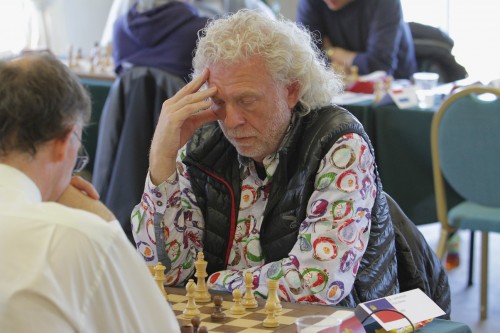 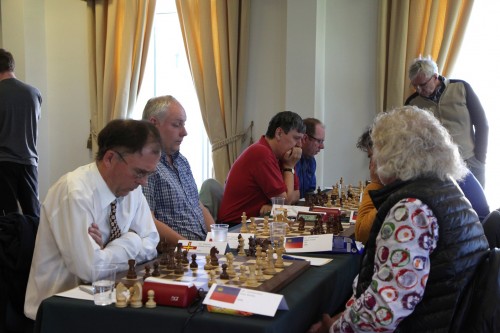 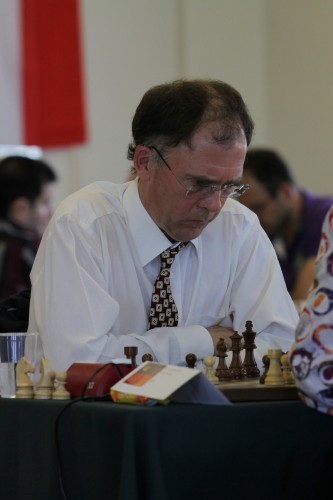