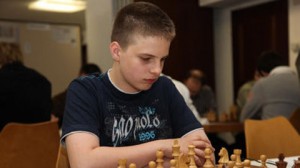 The Mitropa Cup 2011 takes place from 7th to 16th October in Merlimont, France, with the participation of national teams from Austria, Czech Republic, France, Germany, Hungary, Italy, Slovakia, and Switzerland. The tournament will be round robin event organised with two separate sections, men’s section and women’s section. Each team is composed of four men plus one reserve (for men´s section) and two women plus one reserve (for women’s section) and one team captain.

The Mitropa Cup, officially called the La Coupe de l’Europe Centrale was one of the first really international major European football cups for club sides dating back to 1927. Now the competition is a traditional event happening in chess as well. This was the event where Fabiano Caruana boasted a 2800+ performance in 2008. Italy is the defending champion, both in men and women sections.

Many of the teams this year have traditional experienced Mitropa Cup fighters from Mitropa Cup 2010. Here is the full list of participants.

More at the official webpage of the competition.