Over 20 works by journalists have already been submitted for the competition for the best material about the Moscow Chess Museum and the Central Chess House on Gogolevsky Boulevard.

After 10th December, the stories and paragraphs from the Moscow and regional printed and online media, TV programmes and subject matter will be reviewed by the Competition Commission chaired by senior Grand Master, chess historian and promoted Yuri Averbakh and the awards will be presented on 18th December 2017 at the opening ceremony of the Nutcracker International Match-Tournament of Generations.

Journalists from the TASS agency, the newspapers Argumenty i Fakty, Sport-express, Nezavisimaya Gazeta, the online publications Strana.ru, Delovaya Gazeta. Yug, TV channels Moskva 24 and 365 Dney TV and others have already submitted their works. The competition conditions do not restrict the year of publication, so any material broadcast or published before 10 December 2017 may take part in the race for the main prize. 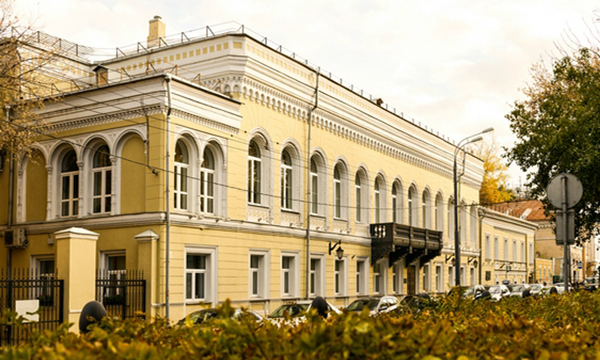 The competition winner will be awarded a rare chess set of wines from the Art Russe Grand Cru collection, which was created by CHATEAU LA GRACE DIEU DES PRIEURS (Saint-Emilion, France) together with partner of the Russian Chess Federation the Art Russe Foundation, which holds the biggest collection of Russian art of the late 19th and 20th centuries. Six images of paintings by great Russian artists on the collection of top class French wines in a unique chess box will be the main prize. All competition participants will receive promotional prizes.

The media competition was announced by the Russian Chess Federation on 28th September 2017. Under the competition rules, print, electronic and online publication journalists may take part, submitting publications, TV and radio subject matter published or broadcast at any time before 10th December 2017, no matter where. The material should cover the history of the Central House of Chess and the Chess Museum, its collection and current activities. 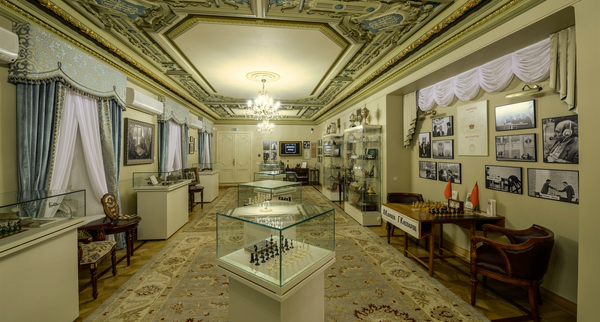 The mission of the Museum opened in the Central House of Chess in September 2014 is to popularise chess and support development of the chess movement in Russia. The museum achieves this by taking part in exhibitions, organising excursion, thematic expositions and other awareness-raising projects.

The unique collection of rare exhibits and chess artefacts of considerable cultural and historical value, numbering over 4,000, is accessible to the general public both within the Museum and at mobile exhibitions organised by the RCF as part of tournaments and other chess events.

RCF organizes the annual nationwide «White Castle» Children’s Chess Tournament for Schools, the Russian Chess Championship and numerous other chess competitions. The Federation’s «Chess in Museums» initiative has been running successfully in Russia since 2012.

RCF initiates and implements chess development programs, including those targeting children, and promotes expansion of the network of chess clubs and sections in the regions. RCF manages individual and team competitions in Russia, organizes participation of Russian players in international competitions, promotes Russian chess in the international arena, and develops sporting links with national chess federations, national and international organizations, including FIDE.