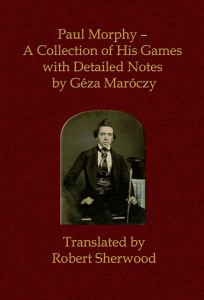 New Zealand company e+books has brought a new dimension to electronic chess publishing with its unique interactive books for the Apple iPad, iPhone, and iPod Touch. e+books released its first books late last year, including an enhanced version of Jeremy Silman’s popular Silman’s Complete Endgame Course, which has been updated to include more than ninety audio clips by the author. The books are designed to interact smoothly with an onscreen chessboard and to use the range of features offered by a touch screen device.

The aim is to produce high quality electronic chess books which are portable and easily read with the aid of the interactive chessboard. e+books is working with publishers like New In Chess and individual authors to release more new books every month. The list of current and forthcoming titles from e+ already offers chess enthusiasts a wide range of material from chess training and improvement to tournament books and biographies.

A notable milestone amongst current titles is a first English language release of Maroczy’s 1909 classic on Paul Morphy, previously only available in German. Maroczy’s tribute to the legendary American has been brought to an English language audience after more than a century in a fine translation by Robert Sherwood.

Other works include Jan Timman’s acclaimed Curaçao 1962 tournament book, Wonderboy Magnus Carlsen, and Neishtadt’s Improve Your Chess Tactics, all from New In Chess, plus training and puzzle books. e+books is also releasing a Classics Library with algebraic eBook versions of great chess literature of the past.

The eBooks have features such as dynamic indexing of players, games, and openings, touch screen navigation, flexible font and diagram sizes, and hyperlinked tables of contents. Many of the books also contain large numbers of interesting and relevant photographs which make full use of the high quality display of a device such as an iPad. All chess content is interactive and playable on the onscreen board. Puzzles and problems use the convenient e+ Solution and Reveal features, which with the touch of the screen allow users to display and play through solutions and hints after first trying out possibilities for themselves on the board.

IPad, iPhone, and iPod Touch users can get the free e+Chess app from Apple iTunes which comes with an introductory version of Capablanca’s Chess Fundamentals. The full e+ bookstore is accessible within the app. 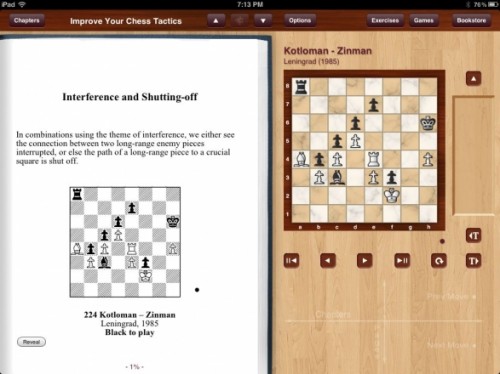 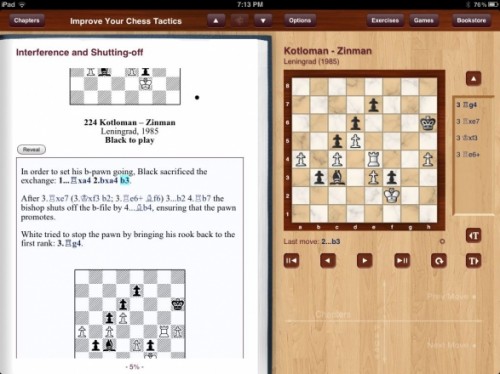