The U16 Italian Youth Chess Championship for girls and boys started on Monday June 29th, in Courmayeur, a beautiful mountain town in Aosta Valley. There are almost 900 participants, from 5 to 15-years old, divided in five age groups. The playing room is inside the Forum Sport Center, a grand construction suitable for all kinds of sports. The official opening of the Championship was made on the ice-skating platform, by the lord mayor of the town Mrs Fabrizia Derriard and by the regional assessor Aurelio Marguerettaz.

The official website www.scaccchivda.com has the pairings, results and daily live broadcast of 10 selected games. 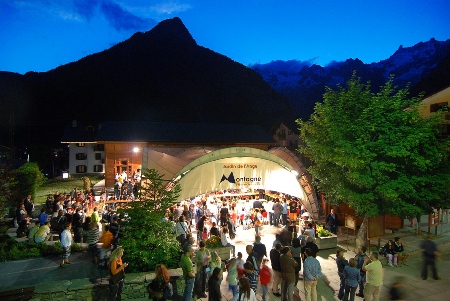 On Sunday evening there was a spectacular event with a giant simultaneous exhibition on 100 chess boards, hosted by four famous players: WGM Martha Fierro from Ecuador, GM Lexy Ortega now Italian but born in Cuba and siblings IM Sabino Brunello and WFM Marina Brunello (soon WIM). Each of them took on 25 juniors. After three hours only one boy succeed to win – Stefano Sicilia from Viterbo against GM Lexy Ortega. 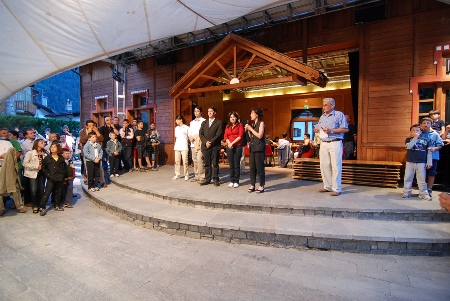 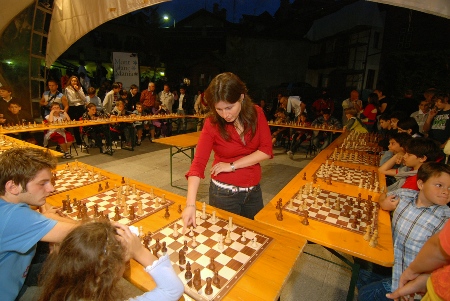 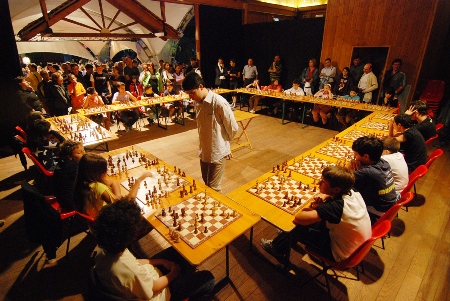