News from the stand of Danailov in Khanty Mansiysk

The candidate for President of the European Chess Union Mr. Silvio Danailov and the Bulgarian branch of Mensa – the world organization of people with high IQs agreed to collaborate in the field of intellectual development through the development and implementation of joint projects and initiatives.

This announcement of Danailov comes right after the proposed cooperation with UNESCO. He announced his intention to use the high intellectual and expert potential of the members of Mensa-Bulgaria to create a think-tank in resolving cases from the activity of the European Chess Union, if elected as its President.

Mensa – Bulgaria announced its support for the candidature of Danailov for President of the European Chess Union. “The cooperation between us is quite natural. One of the biggest highlights of our work together will be the work with children and students”- said Mrs. Daniela Simidchieva, Vice-President of Mensa-Bulgaria.

The activity for the development of joint projects will begin immediately after the presidential elections of ECU, which will be held during the Chess Olympiad in Khanty-Mansiysk (20.09-04.11.2010). The cooperation will continue, regardless of the election results. 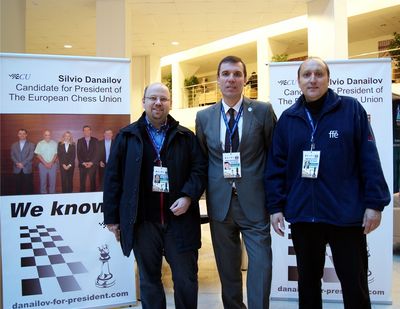 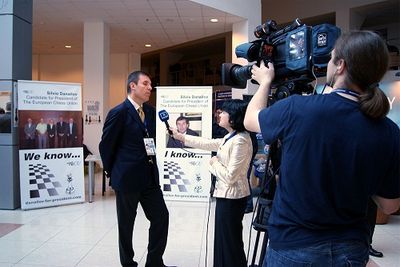 Danailov interview for NTV plus

On the first day of the 39-th Chess Olympiad in Khanty-Mansiysk the President of FIDE Kirsan Ilyumzhinov visited the stand of the pre-election campaign of the candidate for President of the European Chess Union, Mr. Silvio Danailov. He was accompanied by the Governor of Khanty-Mansiysk, Mrs. Natalia Komarova.

They exchanged some of their ideas about the future of the European and world chess, about the presidential candidacy of Silvio Danailov, his management vision and others. 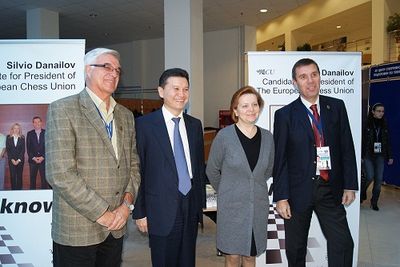 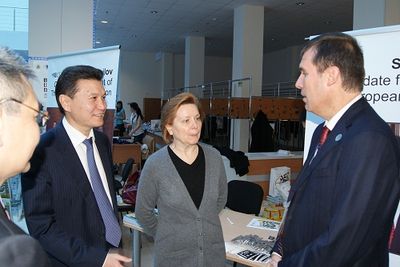 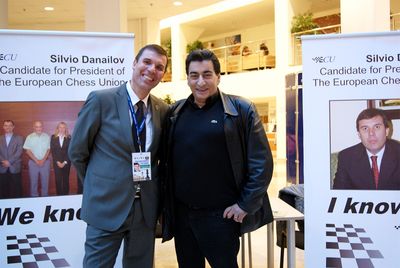