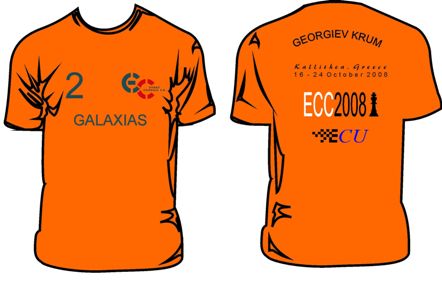 The proposal for the Printing

Front side:
A. Number of board (Basic list)
B. Team logo
C. Team name

Back side:
A. Player name
B. Competition logo or sponsor

Why we have to standardize a teams’ dress code

Chess organizations should soon discuss a standardization of Teams’ Dress Code in major
Chess Team events for the following reasons:

· A more common and suitable appearance in the sports’ market
· A more attractive picture for the MEDIA world wide
· Better information for the spectators and the arbiters in the playing halls
· Co-operation with major sports firms who may design special collection for the hundreds
millions of chess players.
· Better promotion of Sponsors and Chess Organizations
· In the near future Clubs or National teams could add in the contracts with top chess
players the commercial exploitation of their t-shirts.