The World Chess Championship match between Vishy Anand and Vladimir Kramnik, that is scheduled to take place on October, will be broadcasted live on the Internet with the new system developed by Netherlands based company DGT Projects. The company is already one of the leading on the market, when most of the chess tournaments are using their ToMa software to present live games on the web.

The new system, named Foidos, takes internet presentation several levels beyond the current standard. Not just the transmission of the moves is at hand for the Internet chess fan, but several video feeds can be watched. Features include: close-ups to show all (hidden) emotions of the players, “live” expert commentary of the games and interviews with special guests of the tournament. Currently chess lovers have to visit a tournament for this experience. Now it will become accessible on the Internet. 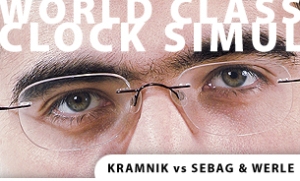 The first test for Foidos will be a clock simul in which Vladimir Kramnik will play against talented IM Marie Sebag of France and local GM Jan Werle. The event takes place on April 2nd in Enschede, Netehrlands. Everything will be recorded with a multitude of Digital Video Cameras and material will be used to experiment with and to produce a demo of Foidos, that will be published on www.foidos.tv in a few weeks.

Albert Vasse, one of the founders of DGT Projects, told Chessdom that “Foidos is build in the new Silverlight technology by Microsoft (Info on www.silverlight.net ). Foidos allows a lot of new features for internet broadcasting, it will take the experience of watching a chess game via the internet to a completely new level.”

“Until the Anand-Kramnik match in Bonn we will several stages to go through with Foidos.” he added, “We are happy we can organize a special event to collect all the video recordings we need to continue the development in preparation fort he World Championship. Sebag and Werle are two young and talented opponents that will present a real challenge to Vladimir Kramnik. It will be hard to predict the outcome of the clock simul.”

Mr.Vasse also highlighted that the Kramnik clock simul will be live on the internet but it will not be broadcasted directly in Foidos. The commentary by Yasser Seirawan will be broadcasted with DGT ToMa software, including all variations he shows on the demo boards. Albert turns 50 on Wednesday, “To have this event makes it a very special way to complete the half-century”. Happy birthday!

GM Jan Werle told us: “It’s a great honour for me to play against my idol Vladimir Kramnik. But besides that, I’ll do of course my very best to make a good result there. My score now against the world champions is 1-0, after my win against Kasimdzhanov in Vlissingen 2004 just after he became World Champion. The question is how important the result will be to Kramnik, or perhaps he will be more focused on his World Championship match with Anand? Only God knows. Anyway, it will be a very interesting day with DGT projects bringing its new chess product on the market with which it is possible to follow every single detail which is happening during the match.” 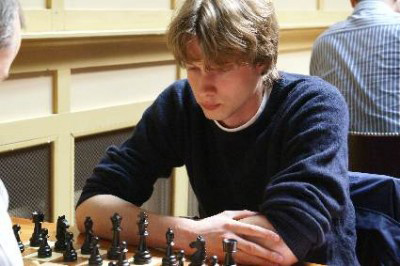