The 47th Italian Team Chess Championship was held from 29th April to 3rd May in Civitanova Marche. 17 teams competed in the 7-round Swiss event.

Obiettivo Risarcimento Padova took the title ahead of WorldTradingLab Club 64 Modena. The two teams finished with 11 match points each, but Padova boasted better sum of individual points (20 vs 19).

Gaetano Quaranta, manager of “Obiettivo Risarcimento”, announced that the team signed up Sergey Karjakin and Peter Leko for the European Chess Club Cup in Skopje.

Information by Scacchierando and Adolivio Capece. Photo by Giordano Macellari. 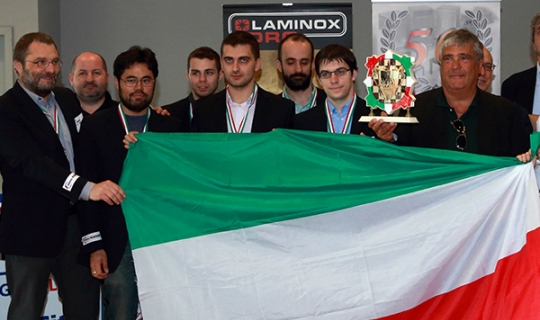