Tomashevsky Leads at Men’s Russian Superfinal, Kosteniuk and Goriachkina Ahead in Women’s Section

Games of round 7 of the Russian Championships Superfinal, the 68th for men and 65th for women, were played in Chita on August 16.

Evgeny Tomashevsky, who played White versus Ildar Khairullin, secured a pleasant position after the opening and brought the game into a better endgame. Tomashevsky showed excellent technique, building up the pressure move after move and strengthening his advantage. As a result, the black king found itself in a mating net and Khairullin resigned. Tomashevsky became the sole leader in the race. 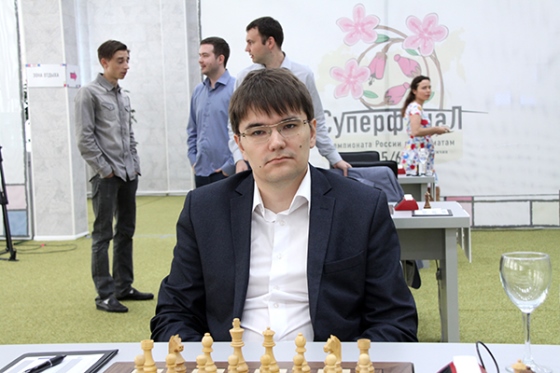 Daniil Dubov defeated Denis Khismatullin with Black. In response to the solid Czech variation of the Slav Defense, White launched a massive pawn advance on the queenside immediately. After a short skirmish in the center, play with a non-standard material balance began: White had a rook, a knight and a pawn versus the black queen, with the black king settled on the enemy half of the board. White missed a great chance to get an edge and, to make things worse, gave away two pawns after that, following which his position became desperate. Dubov converted his material edge confidently. 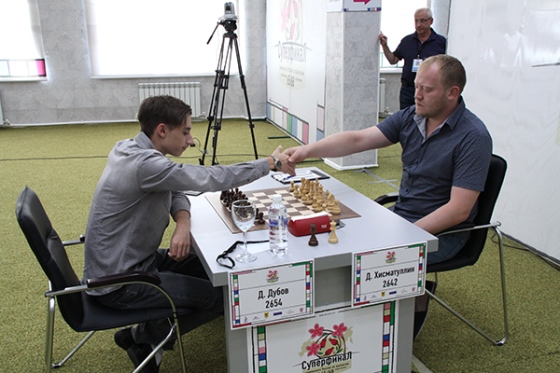 Sergey Karjakin and Vladislav Artemiev opted for the Najdorf Variation. Sergey surprised his young opponent with a comparatively rare opening scheme and gained an advantage, but failed to get the most out of it, and Black was able to equalize. In the middle of the game, however, Vladislav seemed to overestimate his chances and abstained from move repetition. White refuted his opponent’s threats on the queenside and bound him “hand and foot” on the kingside. A desperate piece sacrifice didn’t help Black to fuel the game, and Artemiev soon recognized defeat. 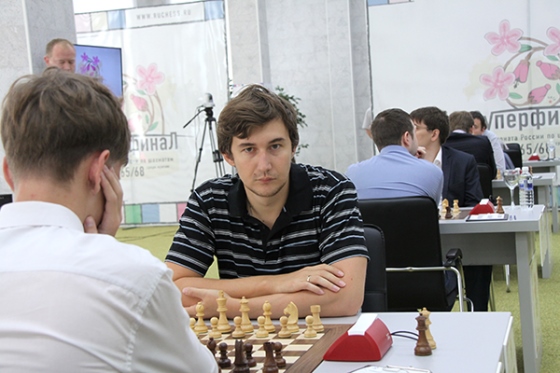 The game Bukavshin – Svidler was probably the most exciting encounter of the day. The opponents fought a fierce battle with opposite castling in a trendy variation of the Grünfeld Defense. The tension mounted, the opponents got into time trouble and started making gaffes due to the time shortage and an extremely sharp position. The advantage kept shifting from one player to the other. On the whole, Black’s threats looked more dangerous, and at one point Svidler had an overwhelming edge, but overlooked his opponent’s cunning retort, and the position equalized again. The draw that followed was a logical outcome of this fascinating duel.

The risky opening experiment set by Anastasia Savina, who chose a dubious variation of the Sicilian as Black against Alexandra Kosteniuk, was nearly a success: after thwarting White’s first attack, Savina obtained good counter chances. Yet White still retained a certain playing initiative because her king had managed to flee to a safe location, whereas the black monarch got stuck in the center of the board. Kosteniuk built up the pressure ingeniously, and her opponent got into bad time trouble, failed to hold the defenses and lost the game. 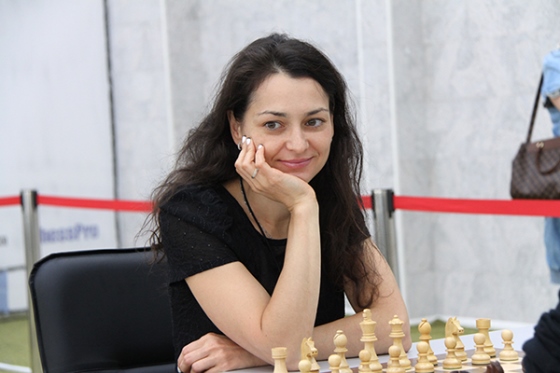 Olga Girya and Alexandra Goriachkina had a complex maneuvering battle. White obtained a slightly more pleasant position in the opening, but Goriachkina positioned her forces well, and it was not easy to break through her defenses. Immediately after time control, Girya overlooked the breakthrough h6-h5, which ruined her pawn structure on the kingside. Trying to regain the initiative that was sliding away, White sacrificed two pawns, but failed to get to her opponent’s king. Goriachkina gave back one of the two extra pawns, simplified the position and gradually converted her edge into a win. 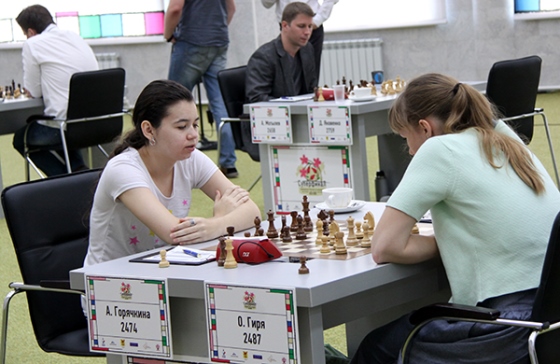 Ekaterina Kovalevskaya and Valentina Gunina played out a lengthy theoretical line in the Caro-Kann, where the game turned quickly into an endgame favorable for White. Kovalevskaya failed to make full use of her advantage, however, and Black got counterplay that was sufficient for a draw. Gunina could have forced a draw by move repetition in a rook endgame, but decided to continue the fight. This decision proved to be wrong: just in a couple of moves White won a pawn and gained an overwhelming edge, which Kovalevskaya converted skillfully.

Kateryna Lagno defeated Alina Kashlinskaya. The game, bypassing the middlegame, transferred to an endgame; White sacrificed a pawn, getting the two-bishop advantage and active piece play as compensation. Black’s extremely inefficient maneuvers soon resulted in White having the extra pawn and Black’s pieces scattered across the board. Further material losses were inevitable for Black, and she acknowledged defeat. 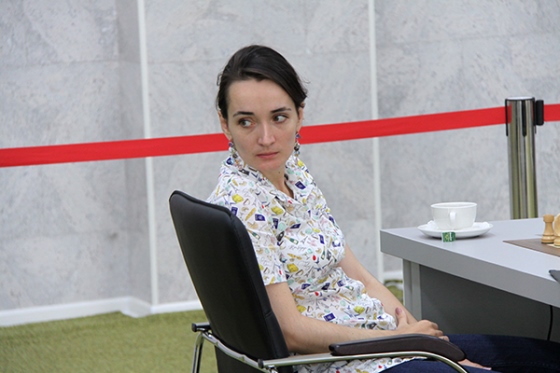 Evgenija Ovod scored a quick win over Marina Guseva. Black failed to tackle the opening problems, lost a pawn, and then missed a double strike, after which White’s edge became overwhelming.

Anastasia Bodnaruk and Natalia Pogonina had a draw.

The games of round 7 were commentated by grandmasters Sergei Rublevsky and Evgeniy Najer in Russian and grandmasters Evgenij Miroshnichenko and Anna Burtasova in English.