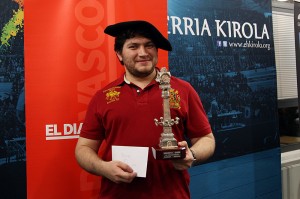 Sarkhan Gashimov with the trophy

The Donostia Chess Festival, the main event of which was won by Andrei Volokitin, continued this weekend with a blitz event. It counted with strong participation, including 3 GMs over 2700 ELO – Arkadij Naiditsch, Maxime Vachier-Lagrave and Alexander Moiseenko.

At the beginning all participants were divided into 4 groups (10-11 players each) and played in round-robin tournaments. Four players from each group could get to the final event with 16 players and knock-out system. Each match in knockout tournament consisted of two blitz games and Armageddon game in case of draw.

The surprise in the group stage was the qualification of Sarkhan Gashimov, the older brother and manager of GM Vugar Gashimov. He qualified for the finals, having lost only to GM Naiditsch. Despite having a relatively modest rating of 2351, Sarhan Gashimov went on to win the final stage by defeating Alexander Moiseenko (1.5-0.5), Aleksa Strikovic (2-0), Loek Van Wely (2-1 in Armageddon), and Julio Granda Zuniga (1.5-0.5) in final match.

All photos from Donostia in the photo gallery 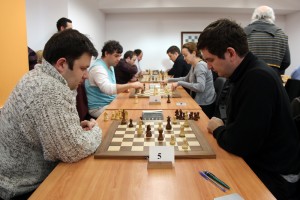 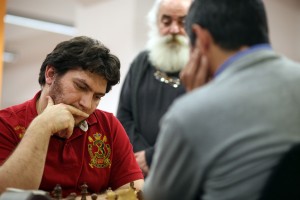 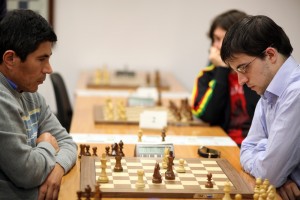 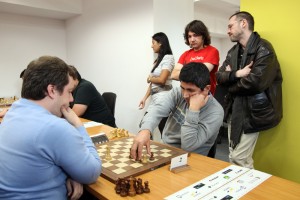 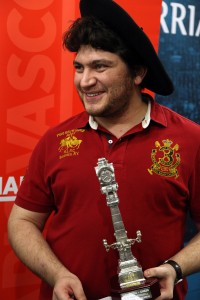