Webster University purchased Luhr Library from Eden Theological Seminary over four years ago, but it wasn’t used until January 15 during the 2015 spring convocation.

“We hoped and expected to use this building much sooner than today,” Provost Julian Schuster said during the convocation.

Webster University’s Director of Public Relations Patrick Giblin said Luhr Library remained unoccupied since Webster purchased it in 2010, due to the university going through the city’s approval process. 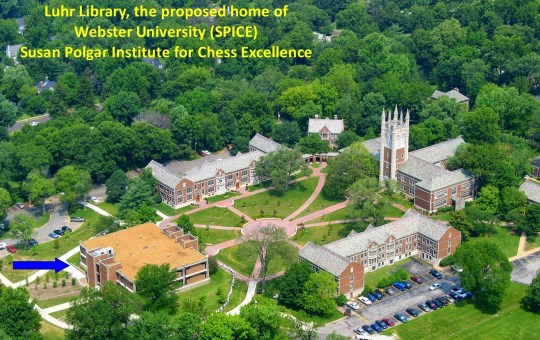 The renovations of the Luhr library included removing old shelving, replacing carpet and adding new furniture to the main and second floor. But some of the key characteristics of the building remain intact. The signature details include structures in the shapes of trees, spaced for support throughout the building, symbolizing the tree of knowledge, and the ceiling’s layered with mahogany wood.