The new seventh season of the top computer chess championship TCEC is starting today September 19th at 18:00 CET. To follow the broadcast and chat with the engine creators join the live games at the official website

The reigning TCEC grand champion Stockfish is once again in to defend the title, with its main competitor being the new Komodo 8 and an updated Houdini, all three with very high chances for the first place. A total of 28 chess engines will be vying through four stages and a Superfinal to decide the new champion of the TCEC.

Find all participants, tournament system, and regulations posted below. More information you can find in the “help” menu of the official website. 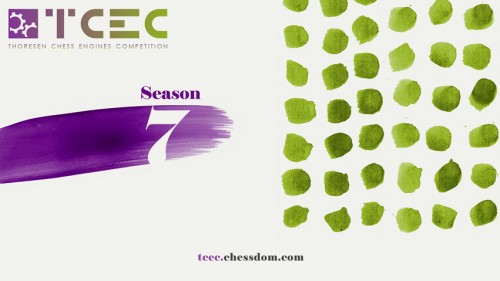 The competition starts with Stage 1, which consists of 2 groups (1a and 1b) each with 14 engines each. Stage 1 will be played in a single round-robin format and the top seven from each group (1a and 1b) will qualify for Stage 2.

The time control will be 120 min. + 30 sec. per move. A total of 521 games will be played throughout TCEC – Season 7. Tablebases will not be allowed this Season except for GUI adjudication. Nelson Hernandez will, like before, take care of the openings, except for in Stage 2 which will be played by the engines from move 1. 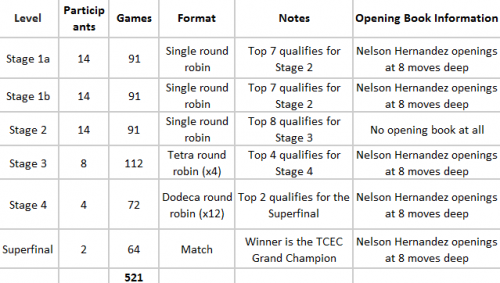