Soletron founder & CEO A.J. Steigman has challenged billionaire & Paypal co-founder Peter Thiel to a $1 million Series A chess match. Both Steigman & Thiel are chess masters that were childhood prodigies. They are currently in the top 1% of all U.S. players.

Steigman has always been a fan of Mr. Thiel’s chess and business careers, and has the absolute most respect for him. He wishes to partner with Thiel for the match with the event focusing on entrepreneurship and the positive influences of chess.

In today’s tough economic climate, it can be challenging for aspiring entrepreneurs to raise capital and to go after their dreams. The fabric of American business was built by the strong entrepreneurial spirit that existed in previous generations. Steigman would like to illustrate that through unconventional tactics, entrepreneurs can raise the necessary capital to execute their visions.

Steigman stated that he would like to donate all sponsorship capital from the match to charities revolving around the aforementioned themes. 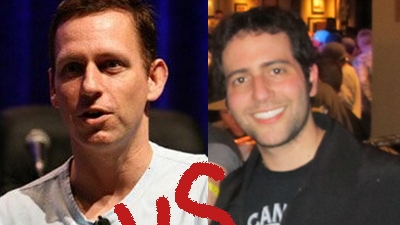 If Thiel, accepts the challenge and were to win, Steigman would lose a pre-negotiated amount of Soletron equity. If Steigman were to emerge victorious, Soletron would receive a $1 million investment.

Specific terms & details of the match would be discussed if Thiel accepts the challenge.

We got in touch with A.J. Steigman and he kindly agreed to a quick interview.

Chessdom: It’s been a few days since you issued a challenge to Thiel, did you receive any response or feedback?

A.J. Steigman: I have not heard back yet from Peter on this. This has gotten a tremendous amount of international exposure, and I think the world is anxiously awaiting his response. It would be a match for the ages.

Chessdom: How did the fellow entrepreneurs comment on your initiative?

A.J. Steigman: Positively. Everyone that I have spoken to likes the idea, and is hoping that the event happens. It would do a lot for entrepreneurship and chess.

I hope he accepts, as not only would it be an exciting match since we are so evenly matched, but we would be able to highlight a ton of causes facing entrepreneurs today. Everyone would win if he accepts the challenge.

Chessdom: Your challenge, and consequently your company, have received lots of publicity in the mainstream media. Did this help in attracting interest from the other, non-chess playing investors?

A.J. Steigman: Whenever someone decides to launch a proposal of this magnitude, it will certainly generate activity. We have had a few individuals reach out to us since we launched the story a few days ago. I’m very appreciative for the media standing besides this and wanting the match to happen. 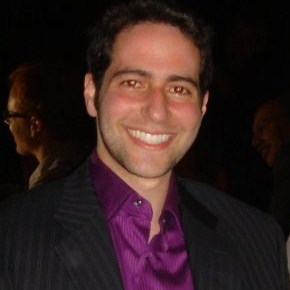 Chessdom: Did you follow the developments around FIDE and AGON agreement for the World Championship cycle? Do you think that chess can be attractive enough to find sponsorship from the huge corporations?

A.J. Steigman: Of course I follow all of the main events. Chess has been in my DNA since I played in my first tournament when was 5 years old. I think that for the World Championships there will always be sponsorships. However, it is very sad how there hasn’t been a lot of money in chess on the local & national levels. Compared to other sports or competitive games, it is not even comparable pertaining to sponsorship activity.

The game has clearly been elevated in the last 20 years, but there is a lot of work that still needs to get done. I think that with the rise of technology, educational programs with schools, maybe shortening of the time controls (even though I personally am against this from a player perspective as the quality of the games would go significantly down), we can elevate the game to where it belongs.

It has to be a spectator sport, and if we can achieve that, then I think finding sponsors would be quite easy. I believe that all top successful businessmen who have either competed or appreciate the game should try to help promote these causes.

That is why I hope Peter accepts the challenge. It would do so much for the game.

Chessdom: We would like to learn more about your chess background and biography. What was your last tournament, why did you stop competing, do you intend to make a comeback to the tournament arena, did you play against Grandmasters, what was your best game or greatest victory.

A.J. Steigman: My mother bought me a chess set, and my father taught me when I was 4. My first tournament was when I was 5. I was coached by Bill Cornwall who is an award winning columnist in the U.S. and he currently writes for the LA Times.

I was the youngest expert in the U.S. and became a master at age 13, beating Bobby Fischer’s record. I also won the 2002 U.S. Junior Open Championship. For fun, I use to be one of the top 100 Quick chess players in the U.S. as well.

Though inactive, I’m a USCF Lifetime Master. My last standard tournament was 6 years ago, however I played in some side blitz tournaments for fun at the recent World Open, in Philadelphia. I stopped competing, due to time restrictions.

I use to do investment banking before I became an entrepreneur, and it was tough to practice and find time to compete. I dearly miss competing though. If Soletron is successful, I would only play chess fulltime and go after the GM title. A lot of successful people can buy almost anything, but you can’t buy a GM title. You have to earn it.

I dearly miss competing though. I’m the happiest when I compete in chess. I would love to make a comeback, but I would need to prepare for a few months. Theory is always changing, and I would need to brush up on my openings and get mentally prepared.

I’ve played a tremendous amount of GM & IMs. I draw a decent amount of the time when I play GMs. I’ve drawn, GM Gurevich, Serper, Fedorowicz, Perelshteyn, Sadvakasov, Charbonneau, as well as others. However, this is a tough question. There are so many beautiful pieces of art, that it is tough to say. Kasparov is my favorite player. I think his personality on the board is exactly the same in real life. He has done a tremendous amount for the game.

Pertaining to my games, I think that the opponent is important, but also the situation plays into being able to choose which games are favorites. There are so many beautiful games that all chess players create.

In 1997, in the World Youth Chess Championship in Cannes, France, I was representing the U.S. and playing a Polish player name Mateusz Bartel, who is now a GM and is one of Polish’s best player. We were both in medal contention at that point in the tournament, and it was a very important game. My coach Bill Cornwall & the team coach GM Ron Henley made the decision for me to play for the first time in my history (even to this day) 1. D4.

It was a very very gutsy move, to play this card at such a high stakes event. The look on my opponent’s face was priceless though, as all of his preparation went down the drain. I vividly remember that he actually thought for 10 minutes on the first move. I think he was psychologically mentally finished before his first move. The game was 7 hours long and it finally paid off.
…………………………………………………………….

Soletron is a social networking and ecommerce platform for lifestyle retail verticals. It was established in 2010, with a prominent board of advisors including: professional football player and Superbowl MVP, Santonio Holmes, Tom Austin, the co-founder of AND1 basketball, Bruce Chizen, former CEO of Adobe, John Friedman, founder of Easton Capital, and Bob Rice, founder of Tangent Capital and Bloomberg Contributor.