Chess was mentioned during the Russian President’s press-conference in Moscow.

During the annual press-conference, Russian President Vladimir Putin answered a question about state support of chess and Sergey Karjakin’s performance in the World Championship match against Magnus Carlsen. 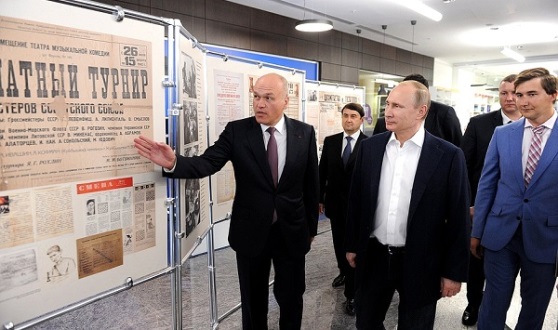 “I don’t think I have the right to interfere the decisions of municipal and regional authorities regarding introducing chess into school curriculum. Whether they need chess or not, it should be decided locally.”

“We definitely can be proud of our chess school, chess tradition, and our chess players. We created a special branch at the educational center for gifted children in Sochi, but this is probably not enough. More attention should be paid to it countrywide.”

“Karjakin indeed played brilliantly, well done. Our chess player very worthily represented Russia, our chess school. He is a fighter, I am sure his main victories are ahead,” the president said.

Putin also praised the champion Magnus Carlsen and said “he is the Grandmaster of our time”.