Russian President Vladimir Putin met with members of Russian national chess teams who are currently training in Sochi ahead of the Chess Olympiad.

The President wished the players success at the upcoming 43rd Chess Olympiad in Batumi. They also had a short conversation about promoting chess in Russia and training a new generation of chess players, including at the Sirius centre, where this activity is led by Vladimir Kramnik. 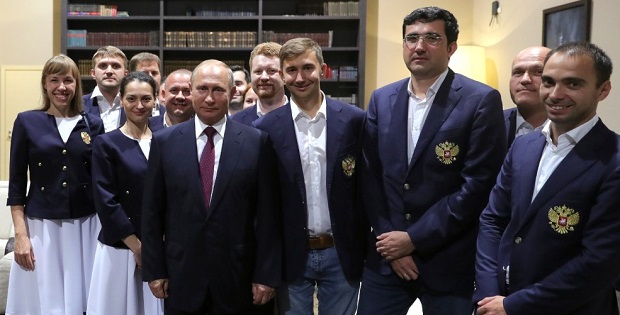