In the 6th round of the World Youth Under-16 Chess Olympiad the favourites began to separate themselves from the chasing pack, however everything still remains open as the system of game points always allows chances for the teams in behind to climb up rapidly.

Let’s see if anyone is up to the task of catching the dashing Russians here.

Russia strengthened their position at the top by soundly beating the third seed India 3,5-0,5. 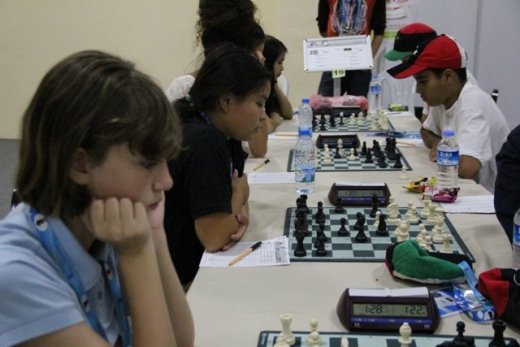 The score in the second board of the round was by no means less devastating: 4-0 when Armenia suffered a heavy defeat in the hands of Iran. This result put Iran in second place, one point less than Russia.

Azerbaijan entered free day also with 4-0 in an unfortunate match for the hosts, while Serbia and Lithuania couldn’t defeat each other.

Kazakhstan and Georgia beat their opponents, Turkey-Red and Greece in tightly contested matches by 2,5-1,5. A bad day for both sides of the Aegean Sea. The nice finish in the game between the young Kazakh player, Serikbay, and Atilla Yuksel from Turkey is a joy to watch. Especially the cunning preparatory move Kh2 is aesthetically pleasing. 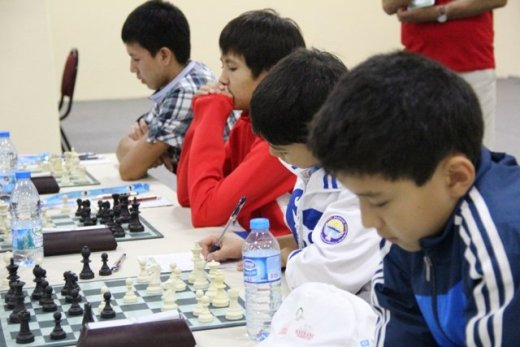 One of the teams that jumped on to the elevator of game points was Australia-A with a 3,5-0,5 win against Turkmenistan, thus ending the 8-0 series of their opponents in a cruel fashion and climbing up to the fifth place, just behind India.

Also Peru against Singapore was a one-sided affair with 4-0 result which was also the case in the match between Czech Republic and Slovakia-B, a show of vengeance after their loss to Slovakia-A. 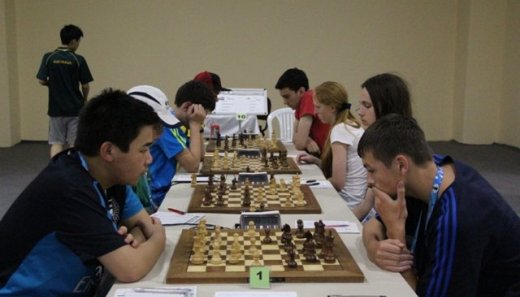 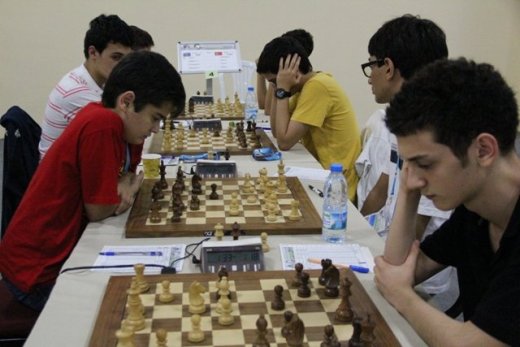