The Turkish Chess Federation (TCF) organises the World Youth Under-16 Chess Olympiad in Kocaeli, Turkey from 23rd October to 1st November. The Olympiad is conducted under the auspices of Federation Internationale Des Echecs (FIDE).

Entitled to participate are players who shall not have reached the age of 16, by 1st January 2011, (Date of Birth 1995 and after). TCF provides free board and lodging for a team of 4 players and the official for ten days.

Armenia took a lead in the second round but in the seventh round they made a draw with Iran and gave up the top position to Russia.

After a little break Armenian players crushed the team from England with amazing 4-0 score while Russian team defeated Kazakhstan with 3-1 score. 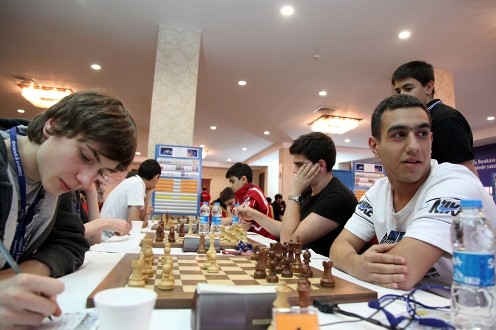 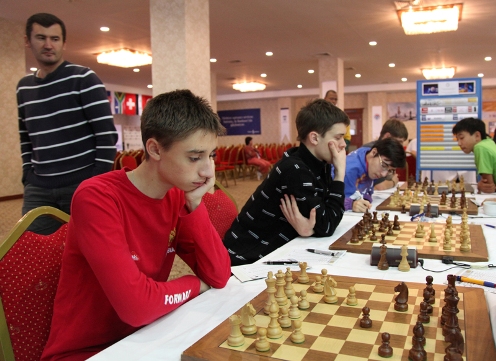 Thus Armenia overtakes the lead in the tournament half a point ahead of Russia. Azerbaijan team managed to win against Switzerland and shares the third place together with Iran and 2 points behind Russia. Only two rounds remain and every half a point can be decisive.

The tournament is being played as a 10 Round Swiss. Each match between teams will be conducted over 4 boards. The time control is 90 minutes with 30 seconds increments per move. 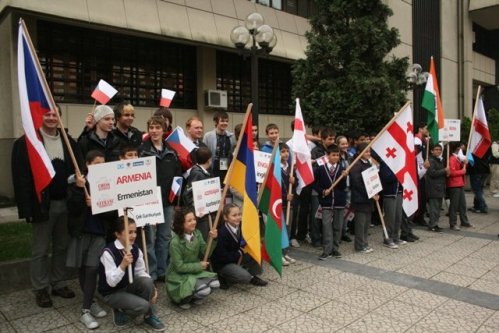 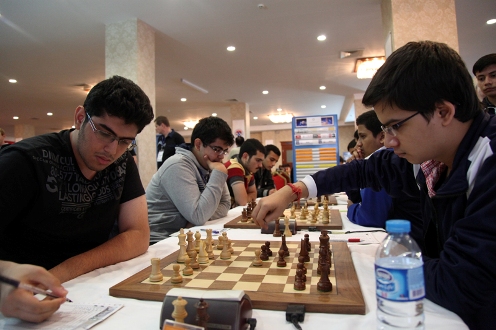 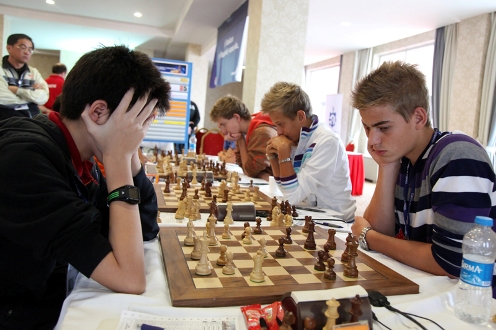 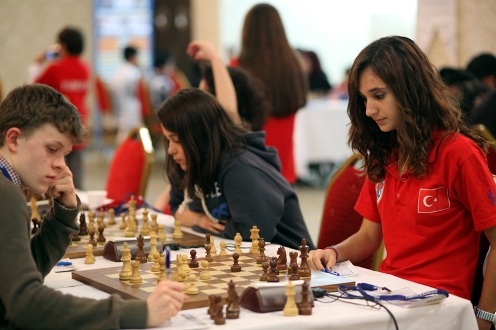 Turkey-Turkuaz team consists of girls only. Turkuaz means turquoise, a color which basically takes its name from the word "Turkish" in French, possibly referring to the color of a gem sold in the Turkish basars in the 16th century. 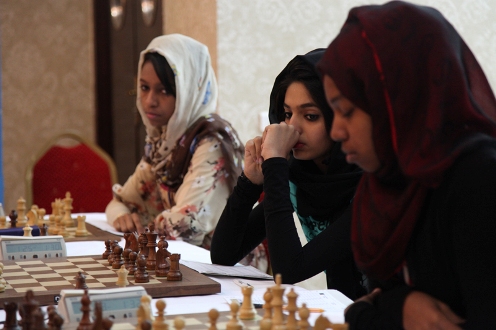 UAE-Team-C is also represented by girls 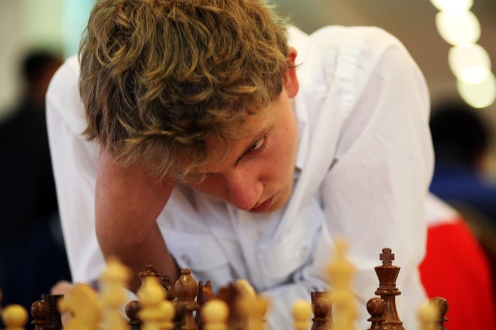 Hasenohr Benedict from Switzerland is very concentrated during the game