The Turkish Chess Federation (TCF) organises the World Youth Under-16 Chess Olympiad in Kocaeli, Turkey from 23rd October to 1st November. The Olympiad is conducted under the auspices of Federation Internationale Des Echecs (FIDE).

Entitled to participate are players who shall not have reached the age of 16, by 1st January 2011, (Date of Birth 1995 and after). TCF will provide free board and lodging for a team of 4 players and the official (a team consist of four players and an official), free for ten days.

The tournament is being played as a 10 Round Swiss. Each match between teams will be conducted over 4 boards. The time control is 90 minutes with 30 seconds increments per move. 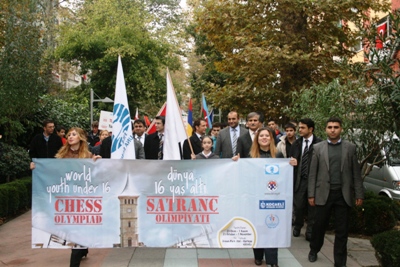 All participants of World U-16 Chess Olympiad came together in the opening ceremony of the Championship early Monday. Delegations met in the city center and started to walk to the Kocaeli Metropolitan Municipality with their national flags.

After one moment of silence to show our respect to the memory of earthquake victims in Van and Kazakhstan, the Turkish National anthem was played. Deputy President of Turkish Chess Federation Mr. Tahsin Aktar said in his speech: “First of all I would like to express my sincere condolences to all our people and Kazakhstan citizens.”

Mayor of Municipality Mr. İbrahim Karaosmanoglu delivered his speech later on. After welcoming all participants, he noted: “I would like to thank you to Turkish Chess Federation for making this event with us in Kocaeli.” 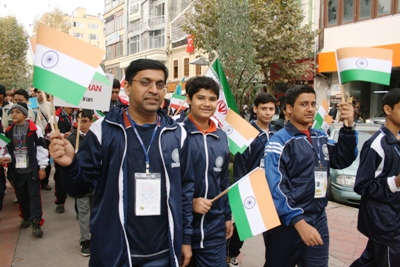 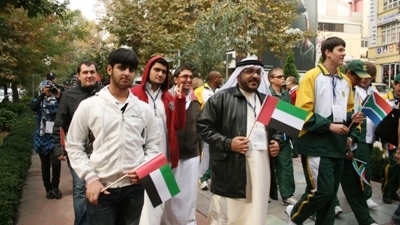 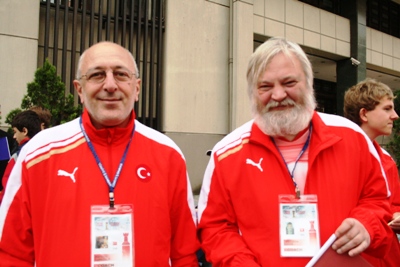 The second round was played Tuesday morning. Armenia defeated Moldova with 4-0 score and is leading in the Olympiad with 7,5 points. India comes second after the 4-0 victory against Malaysia. Azerbaijan, Russia and Georgia are following the leaders with 6,5 points. The third round of the Olympiad will be played at 16.00 pm, follow the games live on the official website. 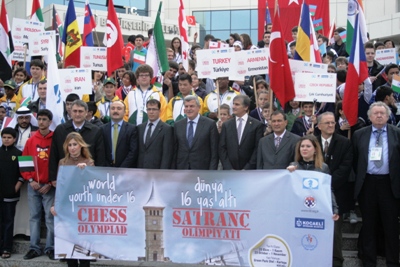 Protocol and the players

Izmit (ancient Nicomedia) is a city in Turkey, administrative center of Kocaeli Province as well as the Kocaeli Metropolitan Municipality. It is located at the Gulf of İzmit (the ancient Gulf of Astacus) in the Sea of Marmara, about 100 km (62 mi) east of İstanbul, on the northwestern part of Anatolia.

İzmit (Nicomedia) was the eastern and most senior capital city of the Roman Empire between 286 and 324, during the Tetrarchy introduced by Diocletian.

Following Constantine’s defeat of co-emperor Licinius at the Battle of Chrysopolis (Üsküdar) in 324, Nicomedia served as an interim capital city for Constantine the Great between 324 and 330, until the nearby Byzantium was officially declared Nova Roma (later known as Constantinople, present-day Istanbul).