The victory at the Universiade in Kazan was a great success for the national team of China, said the Women Chess Games champion Zhao Xue.

Chinese players won the gold in the team event, three medals in women’s competition and bronze in men’s tournament.

“Our team victory at the Universiade is a big success. Personally, I was playing with huge motivation. I saw that chess is very popular in Russia, and opinion of the Russian coach Vladimir Potkin that chess might become Olympic sport inspired me, “- Zhao Xue said. 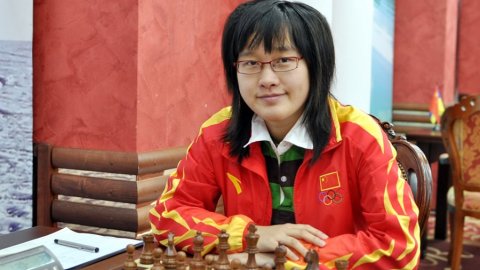 Former World Champion and coach of the Chinese women team Xie Jun said that their delegation is happy with the result, but this was they actually expected.

“Chess is a fairly young sport in China. All of our players are charged with the fighting spirit, they work hard, and are motivated not by the money but for the honor of victory.” – Xie Jun said.