The Elite group of the Capablanca Memorial has completed seven rounds of play. Cuban GM Yuniesky Quesada is the sole leader with a whole point advantage over Zoltan Almasi. The lowest ranked player of the field got two straight victories with black in the sixth and seven rounds. With three rounds to go, he is in very good shape to look for overall victory.

The player from Santa Clara defeated Pentala Harikrishna in the sixth round. The Indian did not show too much ambition in the opening phase of the game, probably looking for a playable middlegame where he would outplay his opponent. However, Quesada was up to the task and kept the tension of the position without making mistakes.

When the position was rather stuck and the draw seemed to be the most likely result, Harikrishna chose to sacrifice his bishop with 31.Bxg7. This turned out to be a blunder, as the Cuban was left with a good advantage. A strange material balance presented itself on the board and Quesada was able to tilt the balance in his favor thanks to his passed pawns on the queenside. 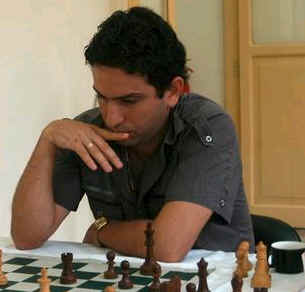 In the seventh round, the co-leaders faced each other. It seemed very unlikely that Quesada would get a win with black against Zoltan Almasi, who has been showing a good level at the event.

The Cuban used the Nimzo-Indian defense and his opponent opted for a variation that left him with an isolated d-pawn. Later in the game, the Hungarian tried to force something by advancing his passed pawn, but this turned out to be a case where the higher-rated player over-pushes without really having the basis to do so. Quesada reacted correctly and got an edge. Almasi defended precisely, and at some point, it seemed like the game was heading to a draw. Nonetheless, Yuniesky was not going to let this opportunity slip and got the victory after 66 moves. 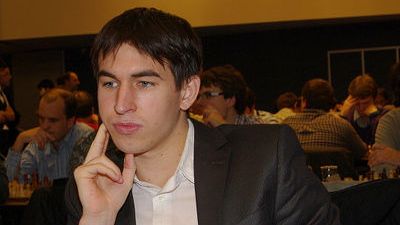 Despite the defeat, Almasi kept the second place in the standings. Leinier Dominguez is sharing 3rd-4th places with Russian champion Dmitry Andreikin; the Cuban drew all his games so far.