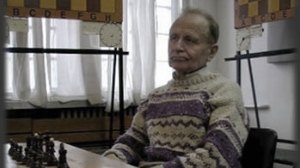 Belgrade Chess Union has the sad duty to inform that Grandmaster Dragoljub Ćirić passed away at the age of 80.

Ćirić was born in Novi Sad in 1935 and already as a 10-years old boy made a debut for the senior team of Čačak Chess Club.

He became International Master in 1961 and Grandmaster in 1965. Already next year he played for Yugoslavia at the Chess Olympiad in Havana making a perfect score 8/8 on his board.

In 1968 he played at the Chess Olympiad in Lugano, scoring 5/7 points and winning team silver medal.