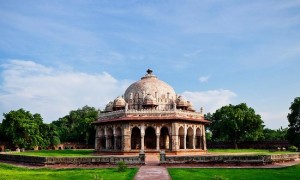 Russian Grandmaster Ivan Popov inched closer to the title after settling for a draw with Yuri Solodovnichenko of Ukraine in the ninth and penultimate round of the premier group of 14th Parsvnath Delhi International chess festival now drawing to a close here.

After scoring seven victories on the trot, Popov did not take many chances with Solodovnichenko and his second draw on the trot ensured that he has a half point lead going in to the final round of Rs. 12.5 Lakh prize money tournament.

Grandmaster Czebe Attila of Hungary is Popov’s closest contender on 7.5 points after he won his game against highest rated Indian in the fray – M R Lalith Babu.

With just one round to go, the Ukrainian trio of Solodovnichenko, Vitaly Sivuk and Valeriy Neverov hold the third spot jointly on seven points apiece.

It turned out to be another productive day from Indian perspective. As many as four norms were made by Indians and with one more round to go, there are three more in contention.

R A Pradeep Kumar finished his third and final International Master norm just by appearing for his game against Neverov as the Indian had achieved the feat a round to spare.

Recently migrated to Delhi, Srija Seshadri joined the party getting herself a Women International Master norm despite her loss against Marat Dzhumaev of Uzbekistan.