International Master Colin Crouch scored the crucial win in the last game to conclude, taking United Kingdom to the top of the table with 8 match points after the fourth round of the TATA 14th IBCA Chess Olympiad for the Blind 2012 at Hotel Le Royal Meridien, Chennai here today.

With India “A” – UK match evenly poised at 1.5-1.5 after four hours of play, it was the experience of Colin Crouch against Krishna Udupa that decided match in favor of UK. Nursing his advantage precisely, Crouch took UK to a 2.5 – 1.5 victory against the hosts. 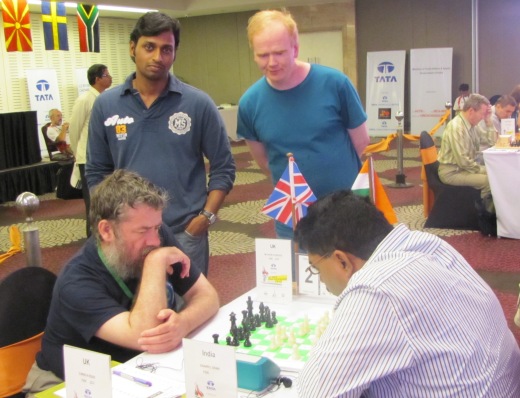 Earlier, Kishnan Gangolli gave India “A” a good start scoring over Hilton Stephen. Chris Ross nullified the lead defeating Swapnil Shah in the second board. A draw in the fourth board between in-form Darpan Inani and David W Hodgkins kept the match interestingly poised, before Crouch clinched the issue for UK.

In the top board, the fight was well on into the fifth hour, as surprise leaders Spain went one up on Germany and led 2-1, with one game on hand. The top two boards ended in draws, while Fernandez Manrique Agustin scored over German Candidate Master Schellmann Frank in the third board. A draw in the last board by Clemente Llamero Roberto helped Spain move into shared lead. 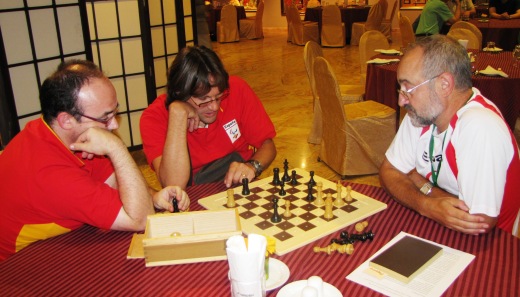 Top seeds Russia improved their position with a close 2.5 – 1.5 victory over second seeds Poland. Wins in the top and bottom boards with a draw in the third board did it for Russia. Poland restored parity as Jacek Stachanczyk (ELO 2256) put it across International Master Alexey Pakhomov (ELO 2416).

LIVE webcast of the games can be viewed from http://www.monroi.com/watch/?tnm_id=1632 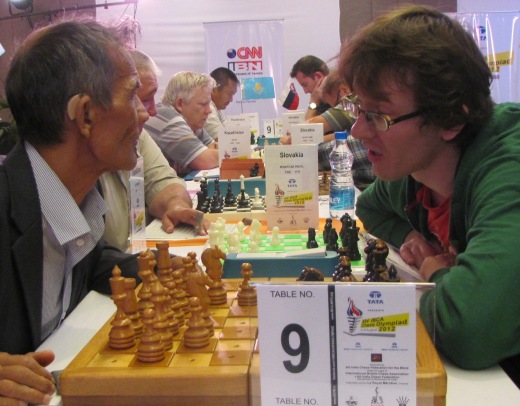 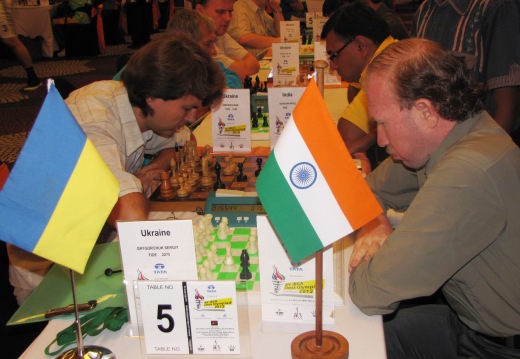 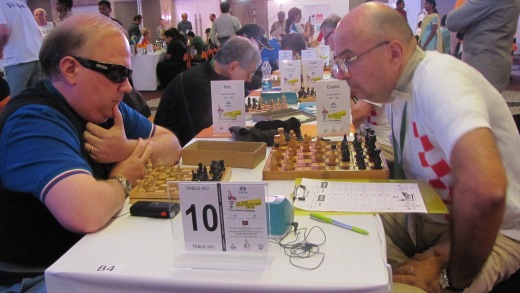 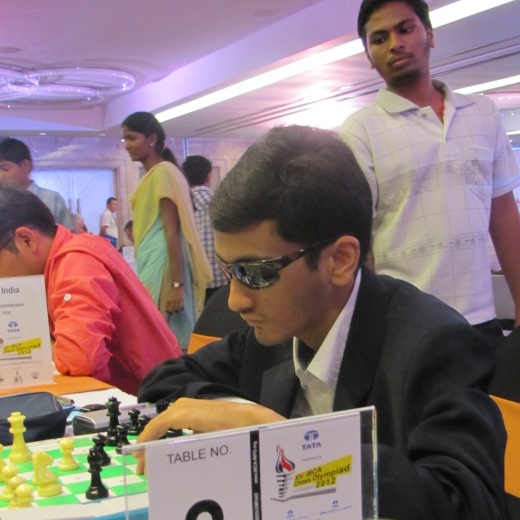