Spain moved on the the top of the table with 10 match points after the fifth round of the TATA 14th IBCA Chess Olympiad for the Blind 2012 at Hotel Le Royal Meridien, Chennai here today. In the crucial top table game, Spain narrowly overcame United Kingdom 2.1- 1.5 scoring in the lower boards.

Spain leads the way with 10 match points, followed by Russia, United Kingdom and Germany at 8 match points. Further point behind were India “A” at 7 match points.

Spain took the lead at the end of the first time control with Enjuto Velasco and Clemente Llamero scoring over Hilton Stephen and John Gallagher respectively. Chris Ross brought one back to UK scoring over Palacios Perez Manuel in the second board. 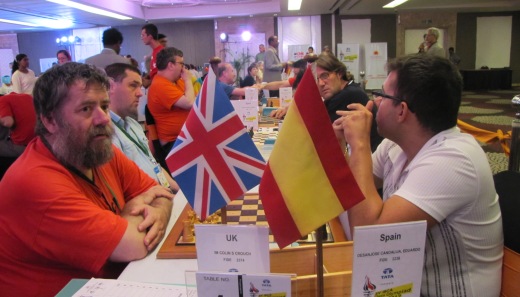 With a point down position, Colin Crouch pushed hard in a rook and minor piece ending, but settled for a draw in the end. The favorable result takes Spain on top of the leader-board, with four rounds to go.

In the second table, Germany scored a comfortable 2.5 -1.5 victory over Serbia moving to the shared second spot with 8 match points. Joining Germany were Russia who beat Iran with wins on the first, third and fourth board in double quick time.

India “A” scored a hard fought 3-1 win over Romania. After four hours of play, India managed to take a 2-1 lead, thanks to wins from Kishan Gangolli and Darpan Inani. With the game evenly poised, it was left to National Blind Champion Makwana Ashvin who scored the crucial win over Bursuc Mihai in the last board. Makwana’s win gave India “A” two valuable match points. 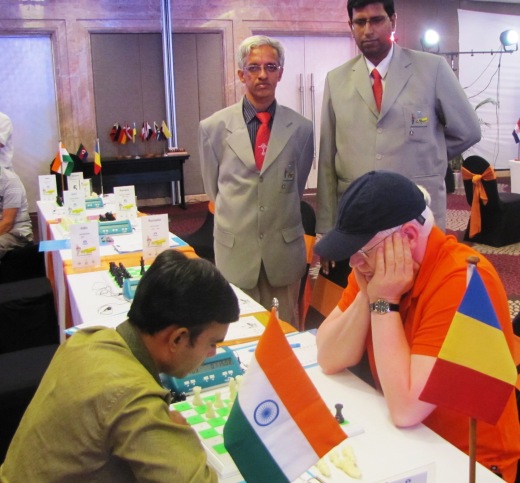 In the lower board India “B” went down to Slovenia 1.5 – 2.5, reducing their further prospects in the event. LIVE webcast of the games can be viewed at http://aicfb.in/. Wednesday is a day of rest. 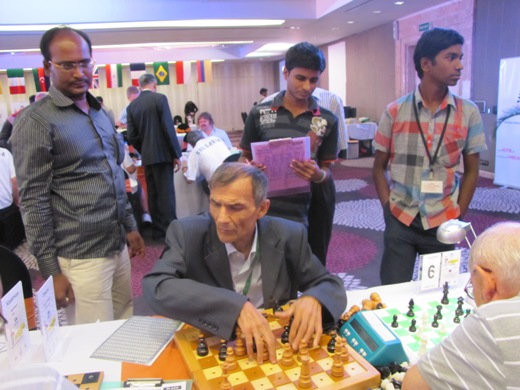 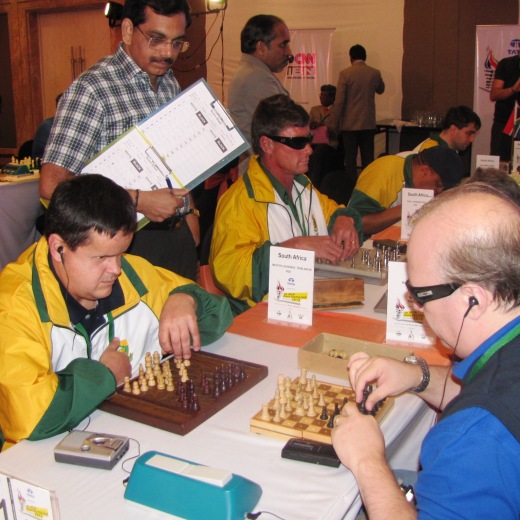 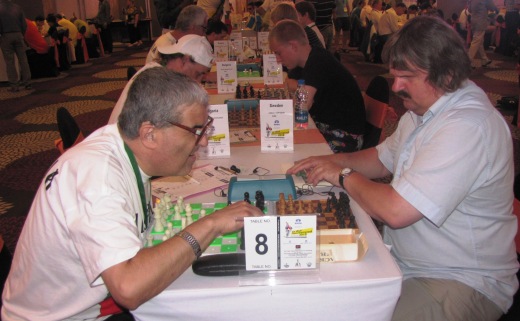