First Mongolian Nations Chess Tournament took place from 13 to 21 March 2016 in Chinggiz Khan Hotel Ulan Bator, Mongolia. It was a round robin tournament (Men’s and women’s sections) having 4 chess players from Mongolia and one representatives from each region of Inner Mongolia, Republics Buryatia, Tyva and Kalmykia (Russia). Prize fund of each section is 48 000 000 MNT – 24000 USD. 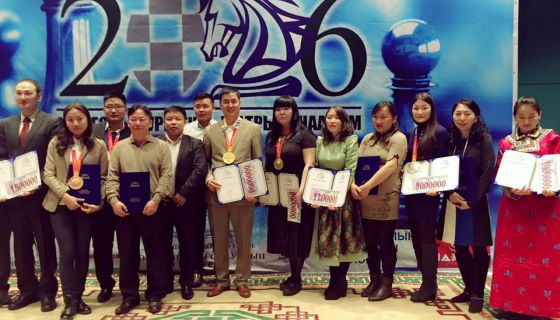 All participants have expressed their sincere gratitude to the organizers of the tournament for the chance to play in such an international event. It was not only a high level organized chess competition, which gathered chess players from regions of Mongolian nations, but also, it was a good chance to meet and unite through the game of chess. The chess competition hosted chess players of many levels: International Grandmasters shared with their unrated friends with their experience and chess knowledge, whereas players with lower rating were happy to play against stronger participants.

Here are some opinions of players:

Zhamsaran Tsydypov (Buryatia): I am very happy that I had a chance to play here. Such positive emotions I will bring to my country and will remember this tournament for good. I do hope that this kind of tournaments will become traditional.

While I have a chance to say something, please let me share with you on one of my best games I have ever played. It was against Gundavaa Bayarsaikhan. He is number one in Mongolia. He plays different variations. I was lucky in my game against him. After the opening we had more or less equal position. My plan was to play in accordance with what he proposes to play. My opponent wanted to outplay me without any risk, I guess. But I did not let him fulfill this plan. I managed to outwit him. He did not expect that. At one point he was in a time trouble and I tried to play against it. Later on, my position was better and he had to resign. It was one of the best achievements which I have had lately. Tsegmed Batchuluun of Mongolia expressed his thankfulness for the good performance of his competitors. He said that even there were players with lower rating, every game was a battle. He thanked the organizers for such a great event. 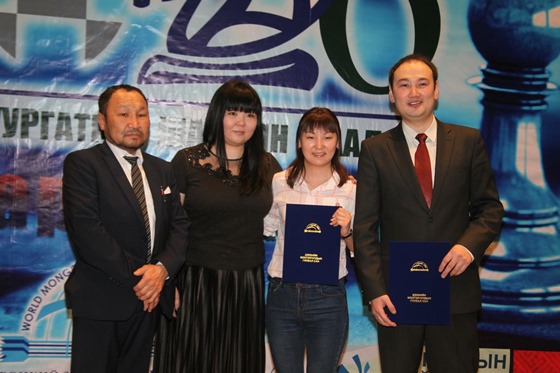 Kalmyk WGM Baira Kovanova has won the golden medal in the women’s section with 6 out of 7 rounds receiving 4500 US dollars as a prize money for the first place. Inna Ivakhinova of Buryatia finished second and Uurintuya Uuirsaikh of Mongolia has got the third place.

Baira Kovanova: I am very happy to visit my ancient land, Mongolia. The organization of the tournament was on a high level. I do hope it will become traditional. The aims and idea of organizing such a tournament is really amazing: all players with Mongolian blood are gathered in one place to show their chess skill, it is really fantastic. As for the players, all of the participants showed their best performance, professional approach. It really gladdens me that our players increase their professionalism. Hope to come to Ulan Bator again. 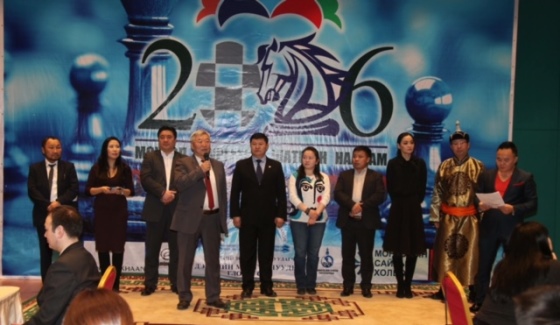 Uurintuya Uuirsaikh: I am happy. Just like that. Third place in such a tournament is a good result. Of course every player hopes for the best. But this is a destiny and I am really satisfied. In every game I tried to improve my chess. Let me thank the organizers and let’s hope we will meet again for such an event.

On 20 March the Closing ceremony concluded the event. The World Mongolian Nations Organization members, the cultural and political people of Mongolia were present.

Photos of the tournament: https://www.facebook.com/mongolianchessfederation/?fref=ts 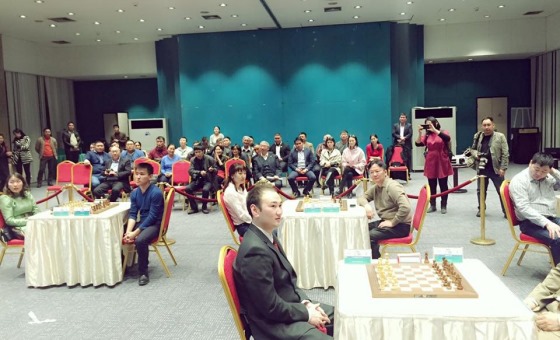 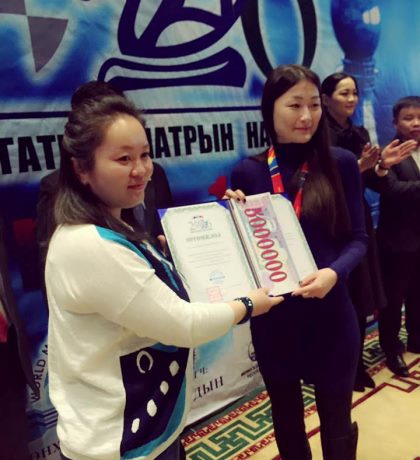 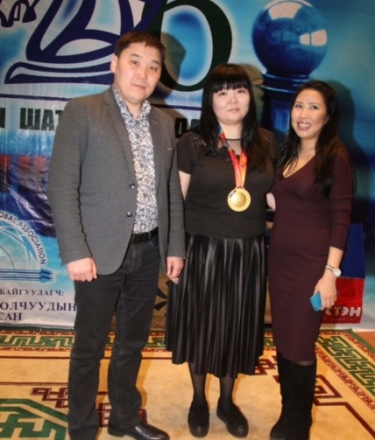