The 3rd Oliver Gonzalez Memorial will take place on 1-9th September at the “Daóiz y Velarde” Sport Pavilion in downtown Madrid, Spain. The tournament will have two groups – Open A and Open B, both being 9-round Swiss competitions.

Winner of the 2011 Oliver Gonzalez Memorial was IM David Larino 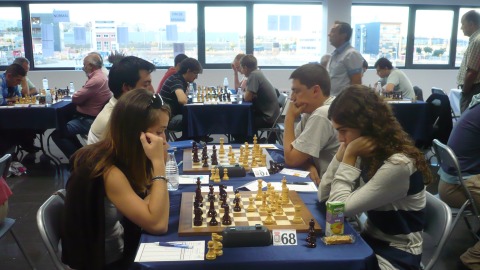 Later registrations: Registration after the deadline but before the beginning of the Tournament will be considered as a rest day (BYE) for the first round.
Mean of Payment: Bank transfer. IBAN: ES45 2100 2285 81 0200201680 (Account Holder: “A.R.P.A.”). Specify the name of the player.
Entry fee can be paid at the venue until 1 hour before the beginning of the 1st round, with an additional charge of 10 Euros. 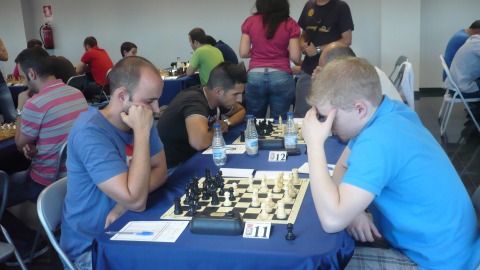 Common Regulations for both playing groups

2) System of Play: 9-round Swiss Tournament

*** Age will be verified by means of official documentation
*** To the purpose of rating prizes and participation in the Tournament B, the higher ELO FIDE and FEDA on the two last lists – August 1 and September 1 – will be considered.
*** No prizes will be given for categories with less than 4 players

8) The players can take a maximum of 4 BYES (rest rounds of 0.5 points). BYES are only possible for the FIRST SIX ROUNDS and should be requested in a written form before the end of the 1st round.

Players inscribed after the deadline will be provided with one out of these four byes for the first round.

9) Agreement for a draw in less than 30 moves is not allowed for players upper 50% of points.

10) 60 minutes waiting shall be applied for default wins.

11) A player with two default losses will be expelled from the Tournament. First round defaults could also mean a player forfeit.

12) Entry fee should be paid before the beginning of the 1st round; otherwise, participation won’t be allowed.

13) Every player should verify his/her correct registration in the Tournament. The final ranking list will be published on August 31. The organizers can refuse the registration of a player.

14) Registration in the Tournament involves the acceptation of these Regulations. Rules and recommendations for FIDE tournaments will be applied by subsidiarity. In case of dispute, the Spanish version of the regulations (published on this web site) will prevail.

Prizes are subject to tax deductions in accordance with current legislation.

Prizes are not cumulative, with the exception of Special Prize Óliver González Somoza. This prize is open to all the players in the Memorial (both A and B Tournaments). If a player wishes to opt to this Special Prize, he/she must deliver an analysis of his/her combination before the last round. The organizers will appoint a jury to award this Special Prize.

Specific Regulations for Tournament A

1) The Tournament is open to all federated players. Valid for FIDE and FEDA ratings and international norms.

Specific Regulations for Tournament B

1) The Tournament is open to federated players with FIDE and FEDA ratings equal or under 2100, or without ELO. To this purpose, two last lists published will be taken into account: August 1 and September 1.

2) Valid for FIDE and FEDA ratings.