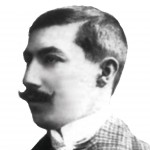 The 54th Akiba Rubinstein Memorial is taking place in Polanica Zdrój, Poland from 18-26 August 2018. The 9-round Swiss open is split into six sections, with the A group for players rated 1800 and above. The time control is 90 minutes for 40 moves then 30 minutes to the end of the game, with a 30-second increment from move 1. No draw offers are allowed before move 30.
Tournament groups:

OPEN A – tournament with the FIDE rating above 1800.

OPEN B – senior tournament: men from 60 years, women from 50 years.

OPEN F – tournament for people without a chess category