by Oliver Shalala in Windhoek, Namibia

African Chess Confederation President Lewis Ncube said on Friday that the 2014 African Chess Championships were likely to prove very competitive due to the good prize package and other incentives.

He was present during the official opening ceremony of the continental showpiece event.

“I am sure we shall witness one of the most competitive continental chess championships in a long time. The total prize package of US$27,500 will add to the already expected sharp competition and players need to come out with the sharpest of preparation lines, variations and strategies during games,” Ncube, a former president of the Chess Federation of Zambia, said. 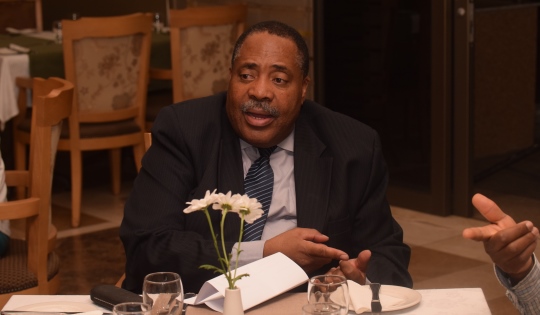 “In addition to the other titles to be awarded in accordance with FIDE title regulations, the top three players will qualify for the inaugural 2015-2016 African Chess Confederation Grand Prix Circuit which will feature six tournaments with the overall winner qualifying for the 2017 Chess World Cup to be held in Tbilisi, Georgia,” revealed Ncube, who is also a FIDE presidential board member.

“This year’s event is being staged under a new format and revised scheduling. The confederation approved that the African Individual Championships will now be held annually and this will come as a big step in the quest of African chess to have more regular high level tournaments,” ended Ncube.