The Director of the Baku Chess Olympiad Operating Committee and Vice-President of the Azerbaijan Chess Federation, Mahir Mammedov, has been interviewed by the tournament’s press-service.

– With less than a month left for the start of the 42nd World Chess Olympiad in Baku, what is the status of preparations for this prestigious event? 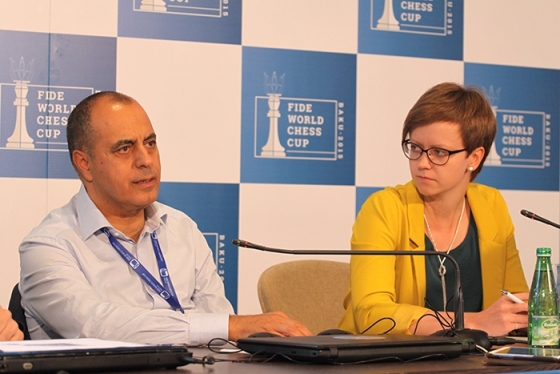 – How many countries are expected to take part in the Baku Chess Olympiad?

– FIDE always tries to increase the number of countries participating in Olympiads. Our Olympiad will break the existing record. The previous competition held in Norway was joined by 172 countries, while the Baku Chess Olympiad will involve 180 countries. The registration is still under way, so the number could increase further. FIDE has 189 members, so we have almost reached the maximum number.

– Could you please say a few words about the opening of the Olympiad? What is in store for spectators?

– Preparations for the opening and closing ceremonies are currently under way. The closing ceremony is usually technical in nature. The opening ceremony will focus on the host country’s history, its attachment to sports and the Olympiad proper. We are still working on the script. The ceremony will be held at the National Gymnastics Arena and attended by 2,500-2,600 people. I would not like to go too much into detail because there will be a live broadcast of the opening ceremony. Let’s leave it somewhat hidden for the time being. It will be an interesting opening ceremony. We will touch upon Azerbaijan’s history of chess, the country’s ancient history and other aspects.