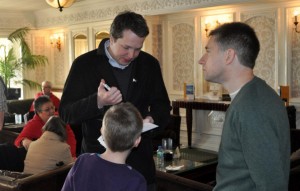 Young players enjoy the company of Grandmasters at Bunratty

Bunratty Chess Festival is going to celebrate 20 years of chess. This year’s tournament will be held February 27th – March 3rd in Ireland. The tournament is divided into four sections, Minor (for beginners), Major (intermediate), Challengers (advanced) and Masters (for the top national and international players). As part of the Twentieth Anniversary the organizing committee of Gerry Graham, Paul Carey, Ted Jennings, Brian Scully and Gary O’Grady have achieved their goal of adding an extra tournament called the Bunratty International Classic which will be rated by FIDE.

Nestled in the beautiful village of Bunratty Co. Clare, under the gaze of the historic Bunratty Castle, The Bunratty International Chess Festival has been held every February for the past twenty years, initially in The Shannon Shamrock Hotel and now more recently in the magnificent Bunratty Castle Hotel. The top event, the Bunratty Masters regularly attracts some of the most famous Chess players in the world, including Danny King GM, Jonathan Speelman GM, Luke McShane GM (chess columnist for The Sunday Times), Dr. John Nunn GM, Nigel Short GM (who played Kasparov in a televised match for the world title in 1995), Simon Williams GM (international chess correspondent www.gingergm.com), Peter Svidler GM (ranked no. 5 in the world when he played), Joel Benjamin GM (American Champion), Michael Adams GM (British Champion), Alex Baburin GM (Irelands only resident Grandmaster) and Malcolm Pein IM (Daily Telegraph chess correspondent), the Bunratty International Chess Festival is this year celebrating its twentieth anniversary.

The Bunratty International Chess Tournament has very strong ties to Limerick City. It is associated with the city’s two main chess clubs, Sarsfields and Limerick Chess Club (the oldest chess club in the city). Know as “The Bunratty” the chess tournament it is famous for its unique atmosphere which makes the festival a “must attend” event on the world chess stage.

Over the years the après match settings has allowed ordinary players to meet and often play their chess heroes in a relaxed and enjoyable atmosphere. It’s rare in the Chess world to see Grandmasters playing Grandmasters in blitz chess just for fun or more rare still, playing one of us mere chess mortals. How often can an ordinary chess player get a chance to play against one of the top players in the world just for fun? That is the uniqueness of Bunratty. Younger players can see their heroes play and even get an autograph while the older ones can have a pint with them in the bar after battle has ended. 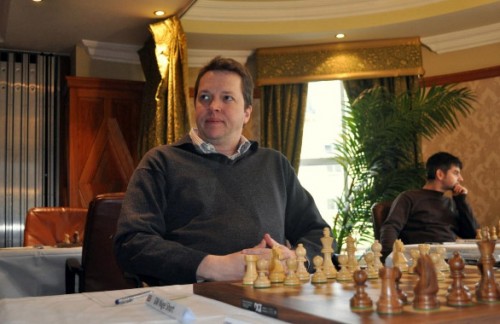 GM Nigel Short is participating in Bunratt this year, his first game is against Thee Bernd

As one Grandmaster said “you haven’t played anywhere until you have experienced Bunratty”. One funny story recounted by Grandmaster Simon Williams when he overheard another Grandmaster inquire from the barman what was the quickest way to Dublin. To which the bar man replied “are you walking or traveling by car?” “By car” replied the Grandmaster. “That would be the quickest way then” retorted the barman. The tournament is open to chess players of all strengths and ages and regularly attracts players and their families from all over Ireland and the world.

Last year our youngest player was five while our oldest player was 80 years young and he has played in every one of our tournaments over the past twenty years.

This year the tournament will be held from 1st to 3rd March. As in every year the tournament is divided into four sections, Minor (for beginners), Major (intermediate), Challengers (advanced) and Masters (for the top national and international players). As part of the Twentieth Anniversary the organising committee of Gerry Graham, Paul Carey, Ted Jennings, Brian Scully and Gary O’Grady have achieved their goal of adding an extra tournament called the Bunratty International Classic which will be rated by FIDE (World Chess Federation). The organising committee want to offer our International Standard Irish players an opportunity to gain points (norms) towards their International and Grandmaster titles by playing other invited Grandmasters and International Masters. By offering our Irish players this opportunity it will help Irish chess towards achieving it’s first Irish born Grandmaster. So far it is looking like that this will be a Bunratty tournament to remember. So if you are an avid chess fan, or just a beginner or even if you just want to see what it is all about why not come along to Bunratty on the first weekend in March this year. Just ask for “the chess tournament”.

For more information go to www.bunrattychess.com for details of the tournament and entry forms. 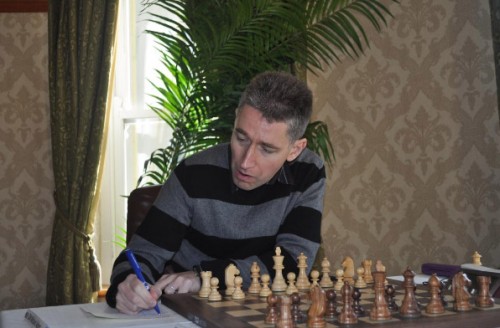