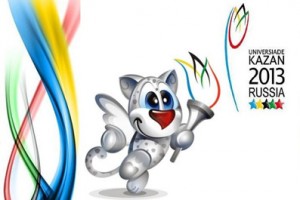 The 27th Summer Universiade event will take place on July 6-17 2013 in Kazan, Russia. Once again, chess has been included among the 27 sports that will be featured.

The official website presents an excerpt to explain why chess is so important in Russia, and finishes saying, “Up until now Russia is recognized as the home of world chess champions. 9 out of 15 holders of the chess crown were representatives of the Soviet (Russian) chess school”.

Prior to being included on Kazan 2013’s sports program, chess debuted at the 2011 Summer Universaide in Shenzhen. Chinese organizers added it as an optional sport and never regretted it. The host nation took top places in all three chess events.