On 7th February, during the Moscow Open 2015, a joint meeting between the representatives of FIDE, ECU and Russian State Social University was held in the University premises. 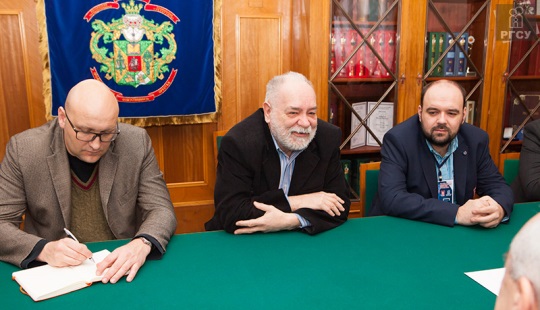 RSSU was represented in the highest level by the Rector, Doctor of Economics, Mrs. Natalia Pochinok.

In the agenda of the meeting were the Chess Educational programs and events.

Mr. Tsorbatzoglou informed Mrs. Pochinok that both International University Sports Federation (FISU) and European University Sport Association (EUSA) decided to include Chess in their official program and in 2015 and 2016 the European and World University Championships in Yerevan and Abu Dhabi will be held.

Mrs. Pochinok expressed the interest of the RSSU to host one of the future events and added that she will start immediately the process though the National University Sports Association.

The Commissions Chairmen, Mr. Kevin J. O’Connell and Mr. Jesper Hall proposed a number of actions in the direction of research and education through the chess faculty of RSSU. 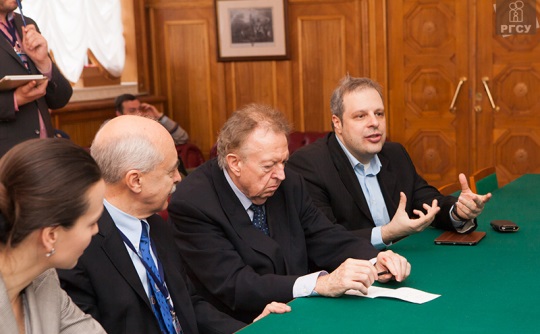 One of the main topics of the meeting was the “Chess Teacher Master”, an academic project, which will be developed as a distance-learning programme. The aim of the programme is to give the opportunity mainly to the school teachers to attend the course and get a University certificate for teaching chess.

FIDE Vice President Mr. Boris Kutin expressed his full support to all these productive proposals and thanked Mrs. Pochinok for her efforts to organize the Moscow Open 2015, and her willingness to expand and enlarge the chess tournaments in programs in RSSU.