The Opening Ceremony of the Moscow Open 2015 – 11th RSSU Cup was held Saturday in the assembly hall of the Russian State Social University. Organizers and honored guests congratulated the participants on the start of the grand chess festival.

Nikolay Gulyaev wished good luck and beautiful games to all the participants. Anatoly Karpov joined him, expressing the hope that chess players will show magnificent performance and will be delighted with the forthcoming games. The 12th World Champion named the Moscow Open as one of the most massive and impressive tournaments in the chess history of Russia and Europe. 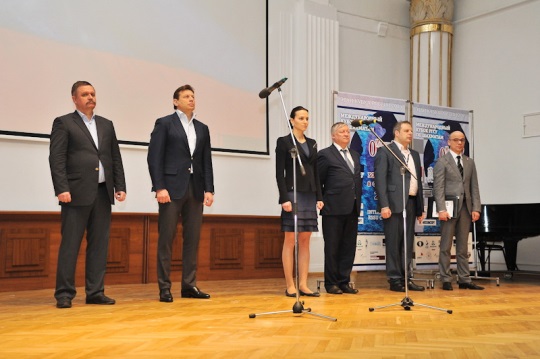 “It’s great honor for me to be here today, in this wonderful university, in the great country, famous for its chess traditions. Even now this tournament is one of the biggest in the world. I know that the RSSU rector Natalia Pochinok is planning to widen the program of the tournament. We even discuss the possibility of including the Men’s and Women’s European Championships within the frames of the festival next year,” – Theodoros Tsorbatzoglou said.

Nikita Kim read out the welcoming letter of the press-secretary of the Russian Federation President, Chairman of the board of trustees of the Chess Federation of Russia Dmitry Peskov. The Vice-President of the Moscow Chess Federation also thanked Natalia Pochinok, without her this festival wouldn’t exist.

“This chess festival is the biggest from the point of view of the number of the participants. This year 1800 chess players representing 30 countries participate in the tournament. Despite the economic situation, despite the relations between the countries, chess becomes the language of the world and attracts all smart and talented people, – Natalia Pochinok marked. – I would like to say “Thank you” to the General Sponsor of our tournament, without which this chess festival could fail to be organized. This is the Liga Stavok company. I would also like to thank all the chess powers of the country, from year to year helping the Russian State Social University to organize such an outstanding tournament at the highest possible level. Running a few steps forward, I would like to wish all of us to establish a new world record in the number of participants and the number of bright events within the frames of the festival, inside the walls of the Russian State Social University.”

The Ceremony Opening was traditionally continued with the creative performances: in addition to funny drummers, the ballet dancers showed the chess composition to the music of Sergey Prokofiev, and singers with fiery songs.

After the Ceremony Opening the chess players went to the neighbor building, where hot chess battles started. And Natalia Pochinok, Anatoly Karpov, Theodoros Tsorbatzoglou and Nikita Kim took part in the briefing and answered the questions of the journalists. 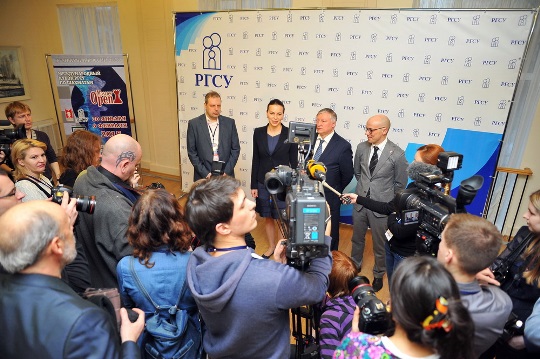 A friendly lightning tournament among the organizers and honored guests was held, when the official part was over. Multiple Champion of Europe and Russia, triple Olympic Champion with the Russian National Team, graduate of the RSSU Valentina Gunina was among them.

Valentina played a very interesting game with Anatoly Karpov, in which friendship was the winner, and then the grandmaster helped Natalia Pochinok to achieve an amicable result in the game with Theodoros Tsorbatzoglou. 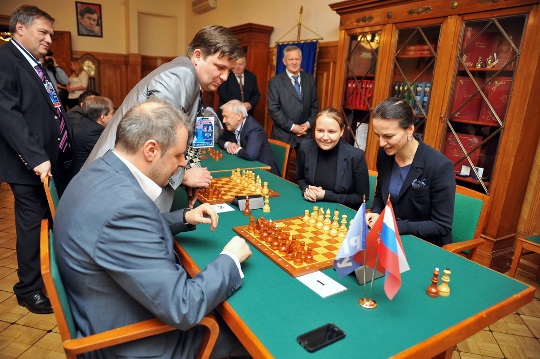 The festival started with the major note, but the most interesting is waiting for us ahead. Follow the results of the tournament and the games of the participants on the official website of the festival. 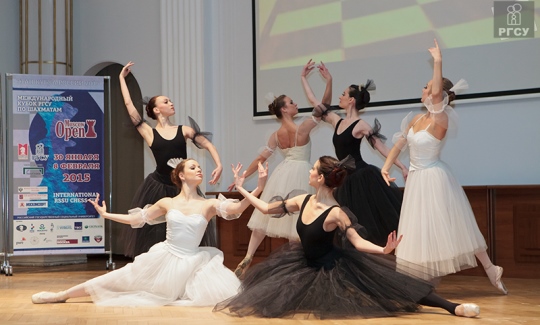 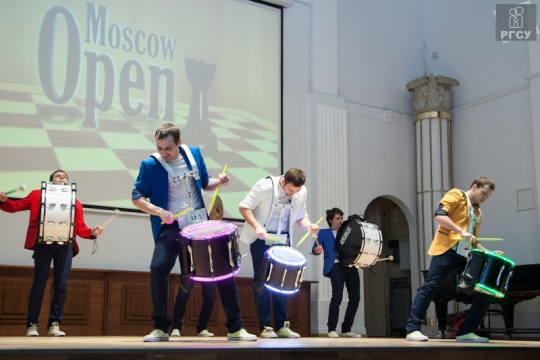