Konstantin Ilkovsky, the governor of the Zabaykalsky Krai, visited the simuls in Chita.

Evgeny Miroshnichenko competed against 30 young players in the Chess park built upon Lewis Carroll’s book Alice in Wonderland. Tseden Ochirov managed to beat the grandmaster, and there were also six draws. During the simul Konstantin Ilkovsky played a friendly game on a giant chess board versus Sergey Davydov, Doctor of Medical Science, director of the innovative clinic Health Academy and Honored Doctor of the Russian Federation. The game was drawn. 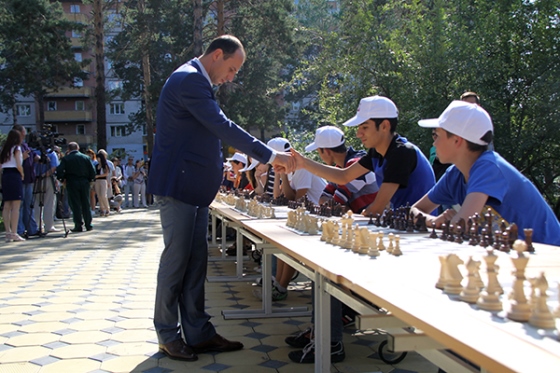 Evgeny Miroshnichenko: “Such an informal, showtime communication between top players and amateurs, including children, is a great way of chess propaganda. Such events always wake the interest of passers-by, for example, today just-married couples and guests walking in the park were watching the simul with great interest.”

“A chance to compete is always good and interesting. By the way, once I beat a candidate master in a simul, that was one of the high points in my chess career.”

The simul with Sergei Rublevsky was organized in the Park of Culture and Recreation of the Officers’ Club, which presents the exhibition of military and historical equipment and a monument to soldiers-internationalists. The Head Coach of Russia’s Women’s team played with 30 seniors. The grandmaster was defeated twice: by Sergey Pak and Bairdzhan Batuev, and there were four draws as well. 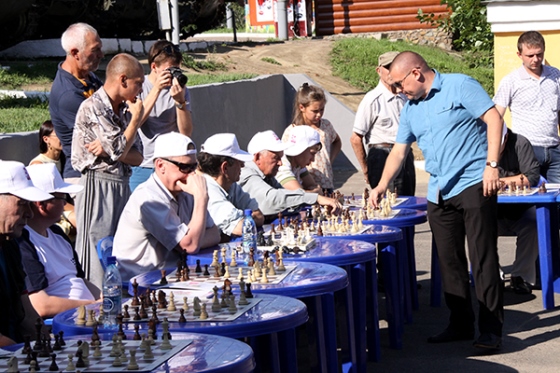 Sergei Rublevsky: “Everything was fine, but 30 players is just a bit too many. Fortunately we managed to finish it all within three hours! Amateurs were strong enough, nobody blundered. In a word, the number of candidate masters of the Soviet school went through the roof. Sergey Pak played very strong, demonstrated great defensive skill and deservedly won a very interesting battle.”

The governor of the Zabaykalsky Krai came for the closing ceremony of the simul in the Park of Culture and Recreation of the Officers’ Club. Konstantin Ilkovsky thanked the Russian Chess Federation for choosing Chita as a place to host the Superfinal, with contains such interesting meetings with children and seniors. 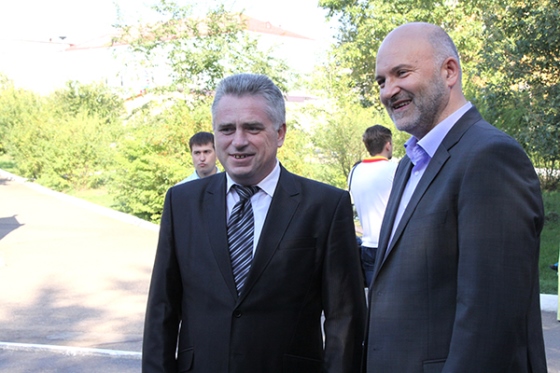 Evgeniy Najer went to small town Aginskoe, where he played versus 25 chess fans of different ages. Zorikto Tsybenov managed to win, another player drew a game. In honor of the Europe champion’s visit after the simul, a festive dinner and firework were held.

All players of the chess simuls got presents from organizers. 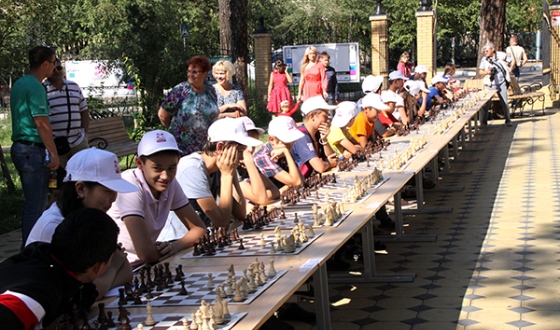 ***
The Children’s Day is a traditional part of Russia’s major chess competitions. Thanks to such master classes and simuls, chess fans of every age can talk to their idols in an informal setting, compete with them and sometimes even defeat a famous grandmaster. 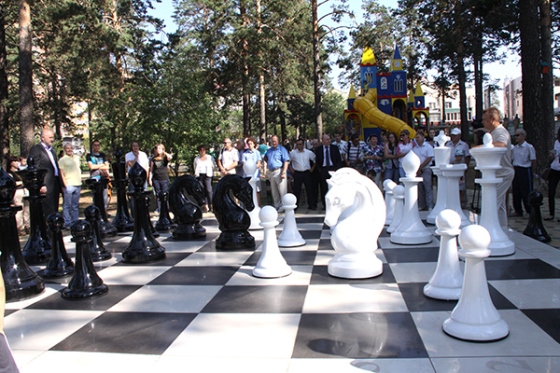 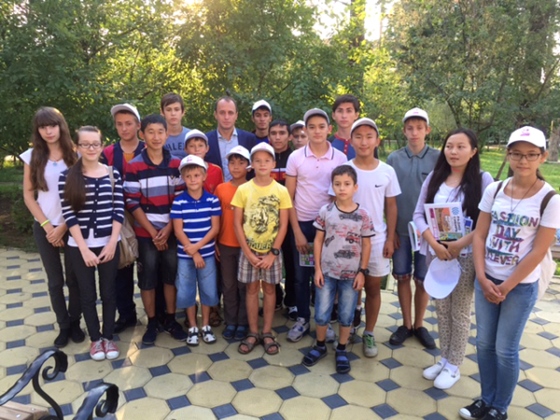 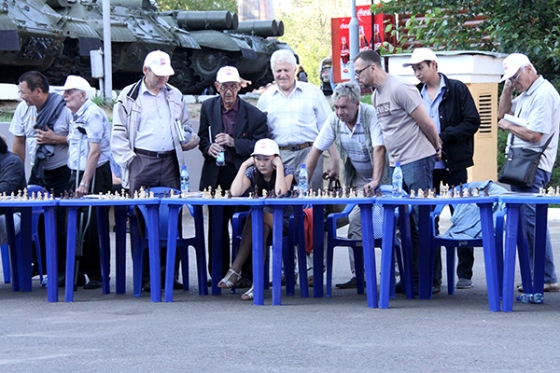 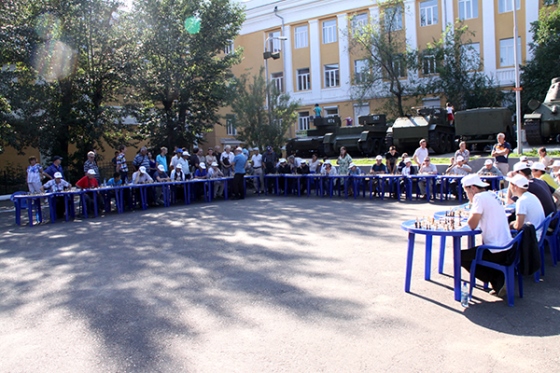 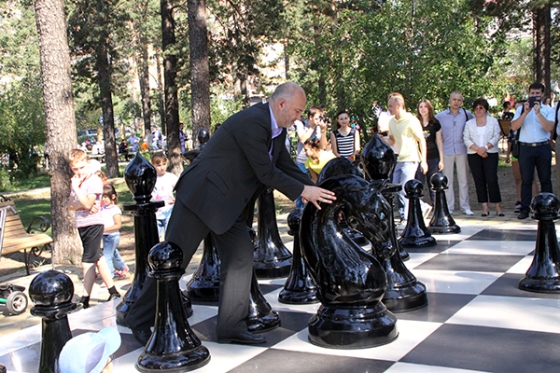 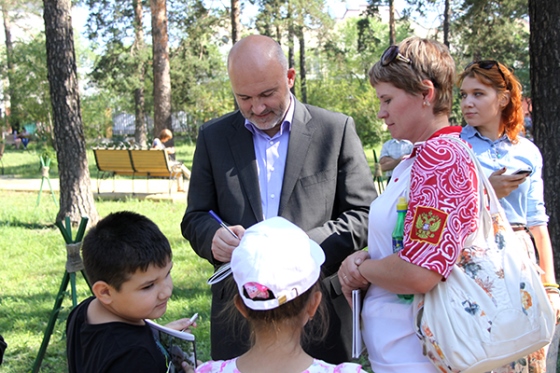 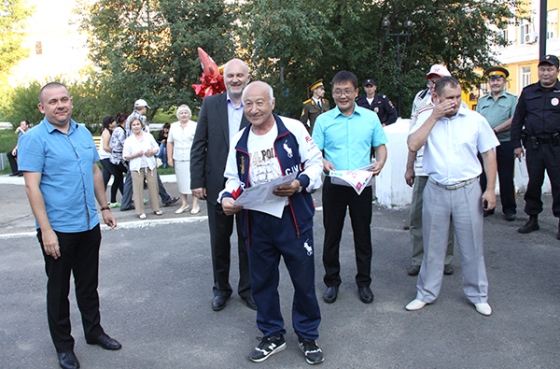 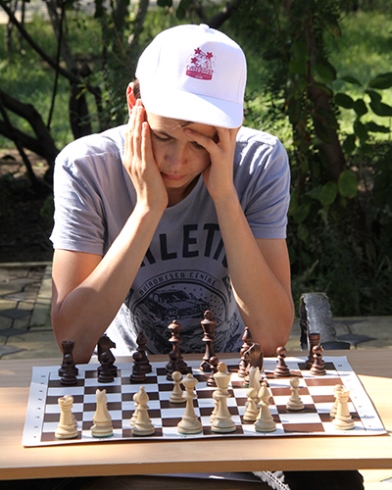