The European Senior Team Chess Championship 2016 will be held in Halkidiki, on the northern coast of Aegean Sea from 18th to 28th April 2016.

The games will take place in the conference center of 5-star Anthemus Sea Resort on the Sithonia peninsula of Halkidiki, 95 km south Thessaloniki airport. Anthemus Sea is an excellent holiday destination, surrounded by a sandy beach on the crystal clear waters of the Aegean Sea.

The tournament will be played according to the Swiss System in 9 rounds. Each team shall consist of 4 players in fixed order + 1 reserve player, who is only allowed to play on the board 4.

In each category, a separate championship for women shall be organised only if there are at least 8 women teams in each category in order to have a 7-round tournament. Otherwise, the women’s event will be merged with men (open).

The time control will be 90 minutes for 40 moves + 30 minutes for the rest of the game + 30 seconds increment per move starting from move one. A default time is 30 minutes. 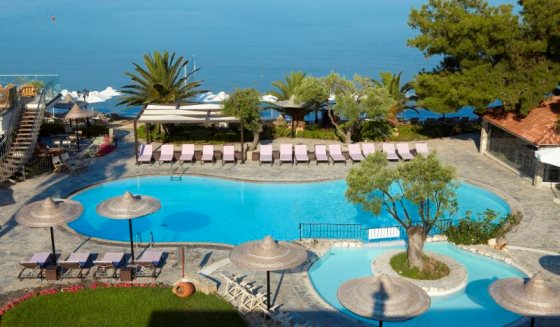 The organizers have provided side events and excursions program to Mount Athos, as well as Thessaloniki Tour (on request).

The official regulations can be downloaded from ECU website (pdf)