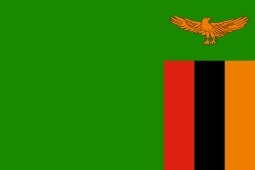 It is confirmed that Zambia, the previous African stronghold of Kirsan Ilyumzhinov and Lewis Ncube, is now supporting Georgios Makropoulos and “FIDE Forward”!

The new Vice-President in the ticket of Makropoulos is the Health Minister of Zambia Dr. Chitalu Chilufya and his brother Mr. Mukubulo Chilufya is the President of the Zambian Chess Federation.

From all the sources available, it is becoming more than obvious that Kirsan Ilyumzhinov and his (former?) partner in Africa Mr. Lewis Ncube are collapsing in the whole continent. Even Mr. Ncube’s own country is supporting now Makropoulos and “FIDE Forward”.

Below is the whole announcement of Mr. Georgios Makropoulos on behalf of “FIDE Forward”:

Since my previous announcement of 4 June, concerning the members of my electoral ticket, Dr. Aguinaldo Jaime has informed me that personal issues made him realise that he will be unable to contribute as much as he had hoped over the next four years. Therefore, he can no longer be part of our ticket. Nevertheless, Dr. Aguinaldo Jaime said that he remains fully committed to the cause of “FIDE FORWARD” and will continue to support our ticket, despite the time constraints he faces due to his current responsibilities as a) President of the Angolan Agency for Insurance Regulation & Supervision and b) Vice President of Africa Re (Africa Reinsurance Corporation).

I would like to thank Dr. Aguinaldo Jaime for all his contributions to world chess ever since he was introduced to FIDE by participating in the electoral ticket of Anatoly Karpov in 2010 (supported by Gary Kasparov and Nigel Short) and then with the ticket of Kirsan Ilyumzhinov in 2014. I am sure that Dr. Aguinaldo Jaime will continue to assist FIDE and help also African chess federations whenever they have a need.

The new Vice-President in my ticket is the Honourable Minister of Health of Zambia Dr. Chitalu Chilufya who is supporting chess development in his country for many years now. His brother Mr. Mukubulo Chilufya is President of the Chess Federation of Zambia.