At 3pm local time (10:30 CET, 4:30 EST) the two players will start their first game of the match, Carlsen having the white pieces.

On the rest days IM Tania Sachdev will write a blog summary. 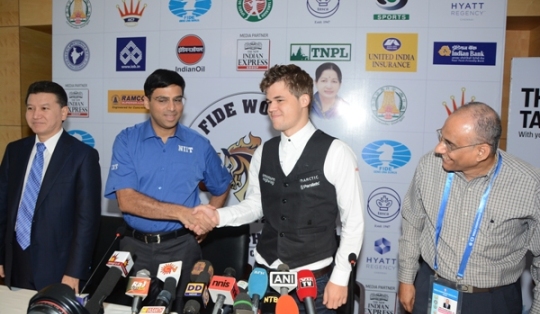 All games of the FIDE World Chess Championship will be live on the official site http://chennai2013.fide.com with computer analysis and video commentary. In a high-tech innovation, the match can also be followed on Android and iPad apps.

The FIDE World Chess Championship, fully sponsored by the state of Tamil Nadu, is taking place from 7th to 28th November at the Hyatt Regency Hotel in Chennai, India.