The news portal Azerisport writes that Grandmaster Vugar Gashimov will not take part in the upcoming FIDE Grand Prix tournament in Zug, Switerland.

Gashimov hasn’t competed since Tata Steel 2012 due to health reasons. FIDE has him listed as an inactive player.

Just like it was arranged in Tashkent Grand Prix, his replacement will be American GM Gata Kamsky.
Update: FIDE posted a a list of Grand Prix participants where Kamsky also replaces Gashimov for the next two events in May and July.

Azerbaijan will still be represented at the tournament with Teimour Radjabov and Shahriyar Mammadyarov. 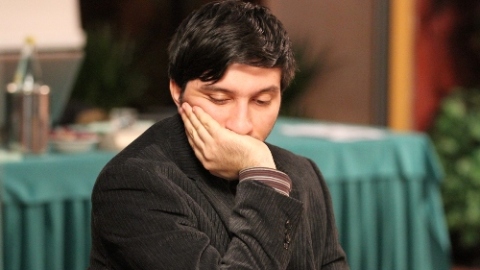