The 39th Guernsey International Chess Festival will be held on 20-26 October 2013 at the Peninsula Hotel, Guernsey.

The highest placed eligible player in the Open tournament will receive entry into the British Chess Championship 2014.

Jan Havenaar from Netherlands (2093), who played in all 38 previous editions, is coming back for another event on Guernsey. Rudiger von Saldern (1962) from Germany is also coming for his 38th visit out of 39.

The Holiday Tournament – Sponsored by the Pennisula Hotel

A Seven Round, Swiss Competition (with a bye possible in any of the first four rounds) open to players graded bellow 1800 FIDE (150 ECF)
FIDE rated players with a FIDE rating above 1800 may enter as long as they can demonstrate their national grade is below the required cut-off. This rule is applied at the organisers’ discretion.
Time limit: 40 moves in 2 hours and then 1 hour to finish
Entry fee: £40 (includes prize-giving dinner: juniors £30 entry fee)
Main Prizes: £400 : £200 : £100 : £75 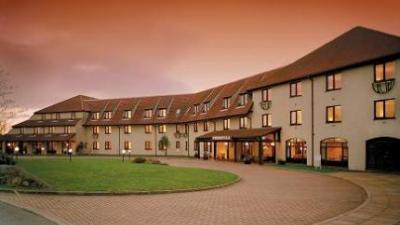 Rounds 1 – 6 commence at 2.00 pm each day. The final round commences at 9.30 am on Saturday.
New ECF grades and ECF / Elo conversion formula are being used. All games will be ECF graded.
The default time will continue to be one hour.
This year’s mid-week social event will be an evening brewery tour and meal afterwards.