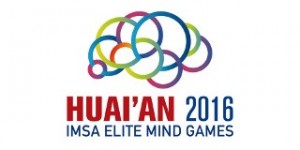 After the furious start when she scored ten consecutive victories, Valentina Gunina considerably slowed down in the second day of the 2016 IMSA Elite Minds Games – Blitz taking only 5,5/10 points, but this was still sufficient to stay on the top with 15,5/20 points.

Her compatriot Kateryna Lagno reduced the gap and is now only one point behind, followed by former world champion Antoaneta Stefanova and Tehran Grand Prix winner Ju Wenjun who are on 12,5 points each.

In the men’s section Chinese star Ding Liren moved into small lead with 14,5 points, but Pentala Harikrishna from India is only half a step behind. European blitz champion Rauf Mamedov is currently third with 12,5 points.

The final 10 rounds will be played Tuesday.