With two round remaining the 2nd edition of Gurgaon International Grandmasters Chess Tournament heading for a close finish as at the end of eighth round matches seven players including top seed Kravtsiv Martyn of Ukraine and Indian hope Sahaj Grover leading the point table with six and half points.

In the eighth round, most of the top board battles ended without decisive result. On top board Martyn signed the peace treaty with Grandmaster Tornike Sanikidze of Georgia while Russian Grandmaster Evdokimov Alexander and Grover settled for half point against lost round hero International Master Prasanna Rao and second seed Oliver Barbosa of Philippines respectively. 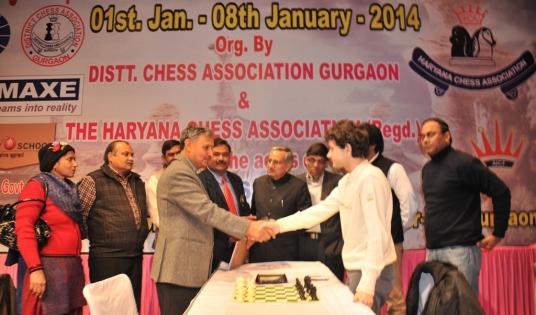 A pack of fifteen players including Barbosa are now sharing the joint second spot with six points.

Before the start of penultimate round which is in progress at the time of report, Shri. Rao Indrajit, Member of Parliament visited the tournament hall and interacted with players and inaugurated the ninth round proceedings by making the move against top seed Kravtsiv Martyn in presence of Shri. Naresh Sharma, General Secretary of the Haryana Chess Association, Shri. Anil Kumar Parnami, Vice President the Haryana Chess Assocaition, Shri. Rajpal Chauhan, Organising Secretary and Shri. Manuj Bhardwaj, Chairman I AM Change and Shri. G L Sharma, Senior Leader of Haryana Insaaf Manch.

During his address Shri. Rao assured that he will follow the matter of Financial Grant with the Govt. and if he can sanction grant from his discretionary quota he will do it. He congratulated the organisers for holding an International event of such magnitude in Gurgoan.

The final round matches will start on Wednesday morning and closing ceremony scheduled at 4 pm IST. 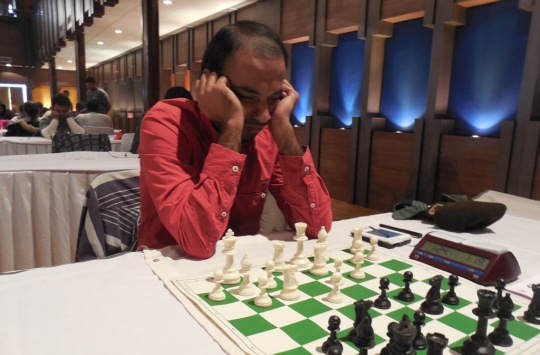 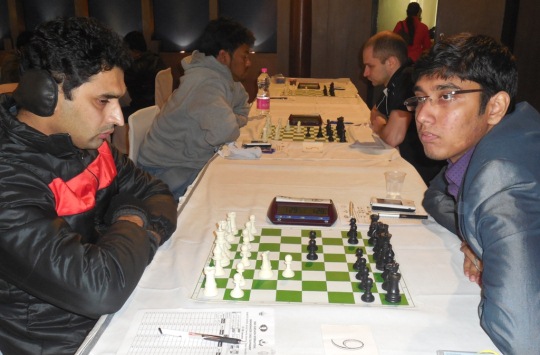 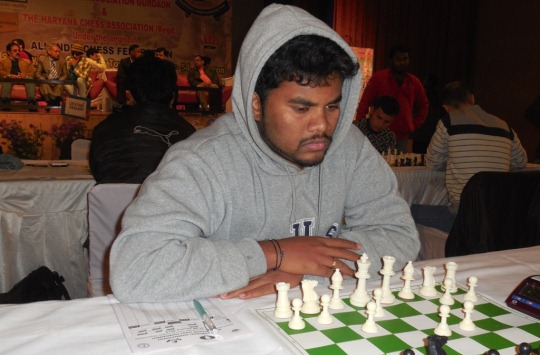