Swedish GM Hans Tikkanen needed to beat his compatriot Nils Grandelius in an Armageddon game to get first place at the SM-gruppen 2013 chess tournament, which was played on 6th-14th July in Orebro, Sweden.

Both Tikkanen and Grandelius finished with 6.5/9 points leaving their closest followers 1.5 points behind, proving their superiority over the field.

The eventual champion arrived to the last round half a point Grandelius. He defeated Bengt Lindberg, while Grandelius could not get more than a split point against Stellan Brynell. 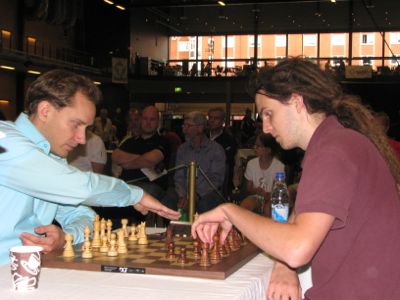