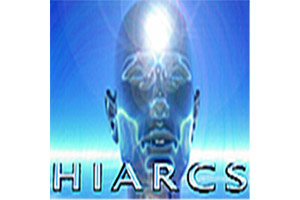 Hiarcs 14 is the new sole leader of the most prestigious computer chess competition TCEC. Hiarcs defeated Spark in round 5 to collect 4,0/5, half a point more than the previous leader Spike, Critter 1.6a, and Gull 2.2.
Komodo brought one of the major surprises of the round. The 4th seeded engine in the competition defeated the last season’s winner Houdini 3. Rybka was also not spared by Stage 1 winner Bouquet, and now Rybka and Houdini are with just 2,5/5 sharing the 9th position.
Currently round 6 is going on. Tonight is the derby of the round Houdini – Junior, starting right after Spark – Tornado. Watch the live games here / Visit the official website

Stage 2 consists of the 19 engines that qualified from Stage 1. It is a single round robin where the openings are chosen randomly. The top 10 move on to Stage 3 while the rest is out of nTCEC for the current Season. 171 games are played in Stage 2.

Stage 3 consists of the 10 engines that qualified from Stage 2. The format for Stage 3 is a double round robin and the openings are chosen randomly per pair so that each engine will play both sides of the same opening against each other. The top 6 will move on to Stage 4 while the rest is out of nTCEC for the current Season. 90 games are played in Stage 3.

After Stage 4 has finished, the top 2 engines will meet in a Superfinal of 48 games. This match is played with 24 different openings so that each engine plays both black and white of the same position. The match will be presented with opening 1 used in games 1 and 2, then opening 2 used in games 3 and 4 etc. If the match is theoretically won for one side before game 48, the match will still continue until all 48 games have been played. In the case of a drawn match there will be a Rapid match of 12 games with a time control of 25′ + 10″. In case it is still tied there will be a Blitz match of 6 games with a time control of 3″ + 2′. When the Superfinal is over, the current Season ends.